Today we got up early so that we could finish packing up our luggage so that we could meet our driver in the hotel lobby around 11:00AM. The driver would be taking us to the pier where our ship, the Norwegian Cruise Line(NCL) Epic would be docked.
After getting all of our be;longings packed up Veronica and I headed to our local Dunkin Donuts, which was just up the street from our hotel, and get a coffee and a donut for breakfast.
We then headed to a square/plaza that we had just discovered the night before. It was basically located right across the street from our hotel.
I spent a few minutes taking a few photos before we headed back to the hotel in order to drag our luggage down to the lobby area.

Here are a few photos that I took while in the square/plaza: 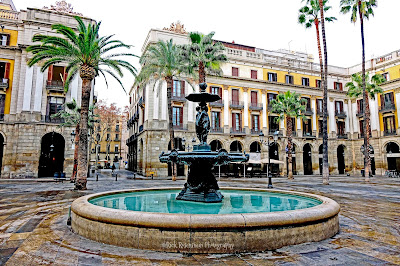 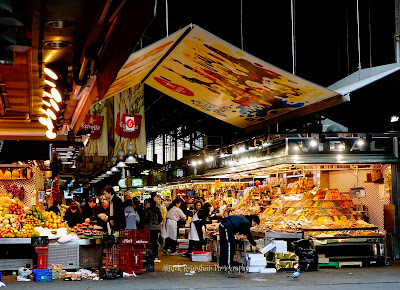 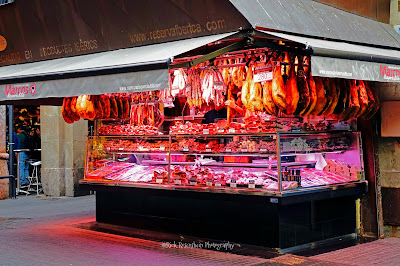 Our driver picked us up around 11am from the hotel lobby and took us to where the NCL Epic was docked. By 1:30 or so Veronica and I were all checked in and we eventually made our way to our Aft facing balcony cabin# 8213. This was our second true aft cabin since our very first cruise to Alaska, at which time we had an aft facing mini suite on the NCL Pearl.
This was our 1st cruise on such a big ship. There are pros and cons to big ship cruising. Veronica and I prefer somewhat smaller ships like the NCL Jade. We love having a true aft balcony because you get a fantastic view out the back of the ship, you can see on both sides of the ship as you pass by things and the best is having the engine noise lull you to sleep. The cabins on the Epic are shaped somewhat differently than other NCL ships. They are curves and a "flowing" appearance. They also have two separate etched glass enclosures that are across from each other right as you enter the cabin. On the right as you enter the cabin is a shower enclosure and on the left is the toilet enclosure. As I said...both have etched glass sliding doors which offer you a minimum amount of privacy. There is a curtain that you can pull shut to allow more privacy between the "bathroom area" and the rest of the cabin. The shower head and setup was nice as you can lock in your favorite water temperature and the power of the water. The only thing that I will say about the enclosed toilet is that the power pressurized toilet is great...wouldn't mind having that type of pressurized system in my house.
One negative was the curved mattresses. They rounded the edges of these mattresses and had the pushed under the cushioned headboard. This made the bed extremely short. After the first uncomfortable nights sleep I ended up pulling the mattress out from under the headboard which gained me approximately 4 inches in mattress length.
Another negative was that the cabins in the Epic don't have a true mini fridge like the other ships that we sailed on. A wine cooler style of fridge was installed on this ship and to be quite frank, if you like your beverages cold, this wine "cooler" will provide you with a very little amount of coolness for your drinks. I had it cranked down to the lowest setting and I was lucky if my bottled beverages got down much lower than 66f degrees. I was very disappointed in the wine cooler appliance. I even had maintenance come in to make sure it was working properly and unfortunately it was...bummer.
The cabin had a very nice Samsung 28" television with a nice selection of free channels and also of pay per view movies...a first for us on an NCL ship. There was more than enough storage for us and the cabin actually had 2 closets for hanging up your clothes...not enough hangers were provided but plenty of space. Luggage could be stored under the bed which was nice because in made room in the closets for other things.
t 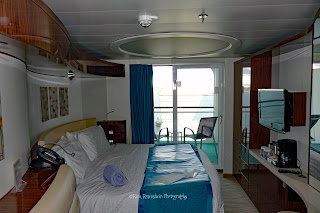 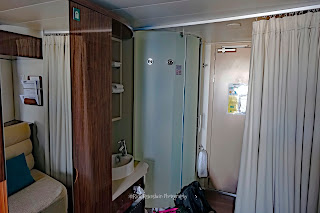 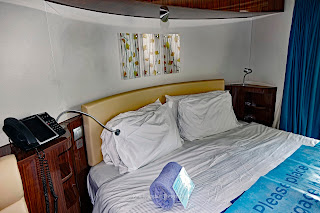 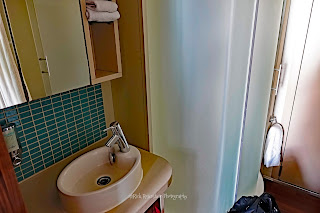 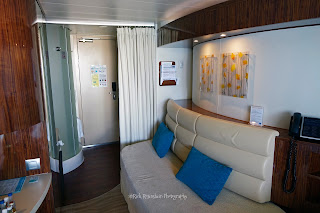 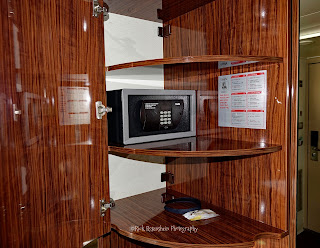 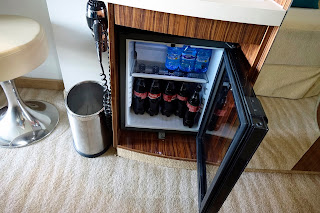 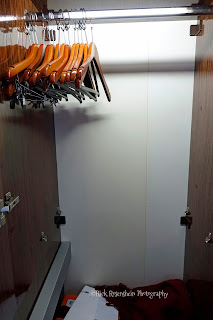 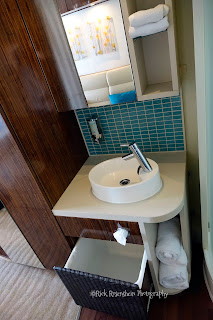 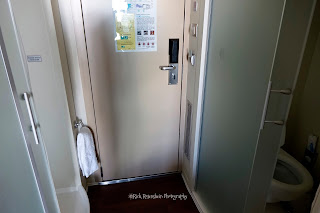 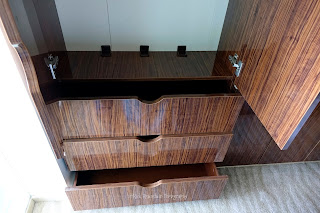 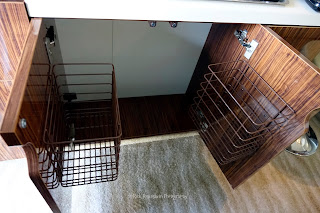 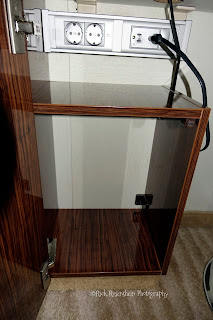 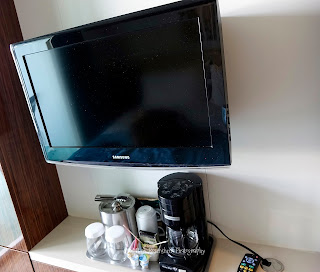 This is part of the Port Vell Aerial Tramway 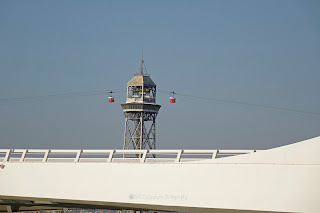 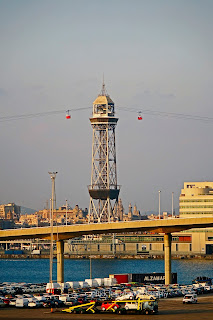 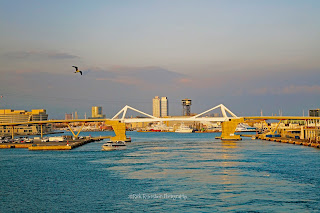 Various sites as we head out of port and on our way to new adventures. Barcelona is a beautiful city and lots to see and do. The architecture if both amazing and beautiful. Veronica and I plan to return possibly next year because 2 days in Barcelona is just not enough time too see very much., so a return visit is on a future itinerary. 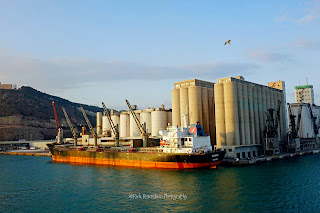 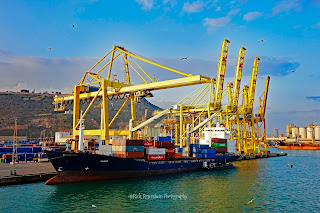 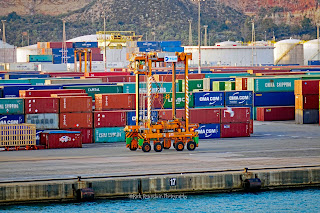 Tomorrow is a Sea Day as we are enroute to our first port of call...Cagliari, Sardinia, Italy
Posted by Rick Rosenshein at 11:31 AM