Last night and today we are headed to Glacier Bay National Forest. I just read on the television that sunrise was going to be at 4:40AM and sunset at 9:22PM. It is going to take some time getting back into the swing of things after this cruise is over with. We got up today at 5:30AM....early I know but we are going to be in Glacier Bay National Forest around 7AM and I don't want to miss a thing. After breakfast, we headed straight up to the Spinnaker Lounge so that we could get some of that prime real estate that is up there for viewing purposes. We spent about 4-5 hours between being in the lounge and running outside to get the photos and videos taken. We went to the Margerie Glacier which we saw some good calving and to the John Hopkins Glacier. After spending considerable time in the Spinnaker Lounge, we went to lunch and then returned to our cabin. Upon entering our cabin, we noticed that a phone message had been left for us. As it turns out, during the time that we were out of the cabin and just before getting to the Margie Glacier, Karan(our great concierge)repeatedly tried to contact us because we along with a few others, had been invited to the ship's bridge by Capt. Lars, to view the Margerie Glacier from up there. At first I was bummed out for missing a great opportunity for viewing and for photos, then I thought about it a little more. Had I gone up to the bridge, I would have been looking at other things up there and I would have most likely missed out on the glacier calving videos that I got and boy were they some nive videos. I had to stand for almost 40 minutes with my finger on the record button just to make sure that as soon as I heard the cracking sound or saw the ice moving, that I would be all set and just had to press the record button to get the video that I really wanted. As you will see, in the videos below, I got lucky and it all worked out well. That night we splurged and went to Cagney's...the steakhouse restaurant that had a $25pp surcharge. Boy were we disappointed. I had the 10oz fillet of mignon cooked medium well and Veronica had the same but hers was butterflied. Both of our steaks were extremely dried out and tough to cut. Veronica didn't eat hers and I managed to get mine down. When the waiter and waitress saw Veronica's steak sitting there, they asked us how the food was and we told how the steaks were dried out and tough. They must not have understood what we were saying because all they said was "Thank You". As we were leaving we saw Karan and he asked us how was our meal. When we told him, he called the Maitre D, who had been extremely busy when we were in there, and she told us to return the next night and we would get a complimentary meal for each of us. We thought that was great service and off we went............happy campers again. After dinner we went up to the Stardust Theater to see a performance by a group called Sharkbait, which consisted of 2 ex Ringling Brothers circus clowns. They had actually attended the Ringling Brothers clown school or accademy. It was a comedy and juggling performance with spectator participation. Other than one portion of the Crew Talent Show, the Sharkbait show was the best of the cruise. Veronica and I had a real good time at that show. After the show, we went out to the entrance hallway and I actually bought a dvd that they were selling that had that nights performance on it and another different performance. The 2 guys Alex and Max even signed the dvd for me. Went to bed fairly early because we have an early disembarkation at 6AM tomorrow morning, where we will be in Ketchikan. We will be going on an excursion called the Misty Fjords Wilderness Cruise. Should be interesting.
Here are the lights of Skagway and we were sailing away towards Glacier Bay National Forest. 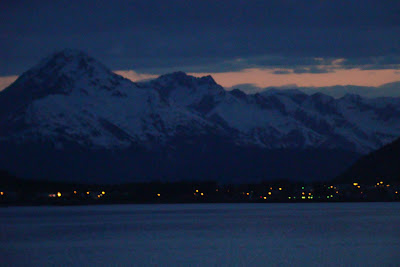 Towel animals that our room steward left for us. 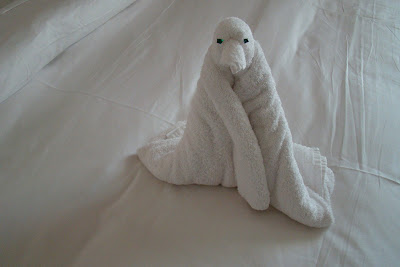 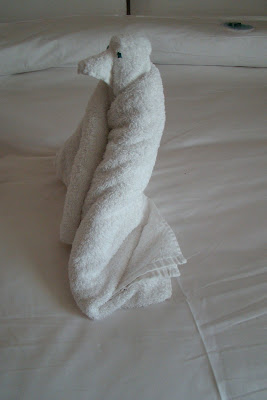 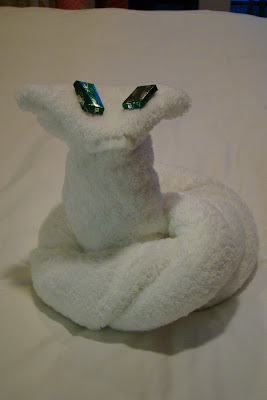 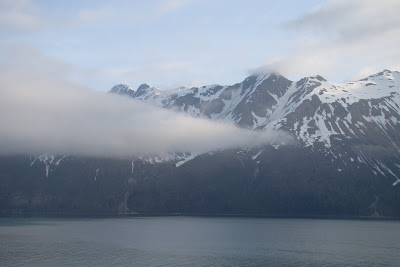 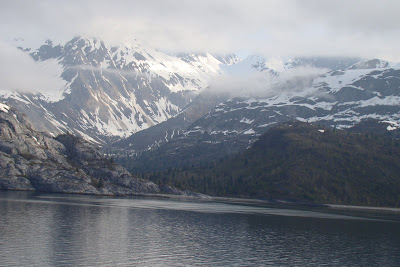 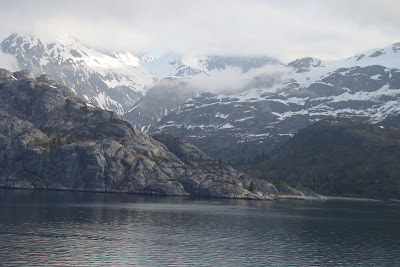 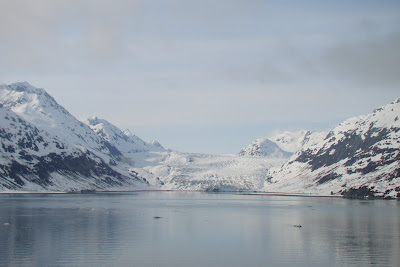 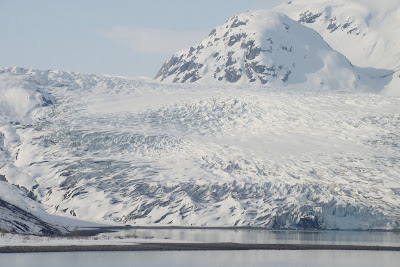 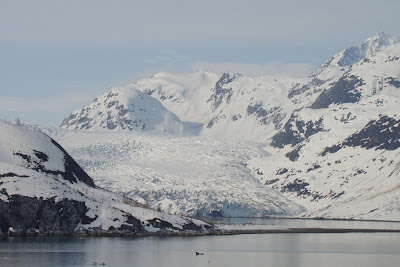 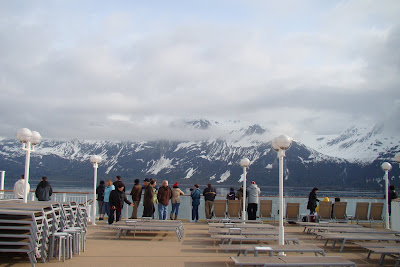 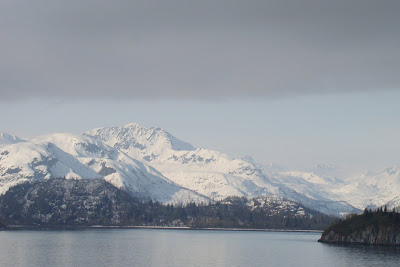 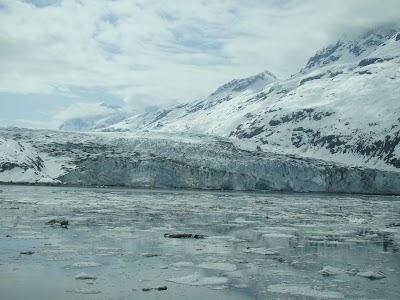 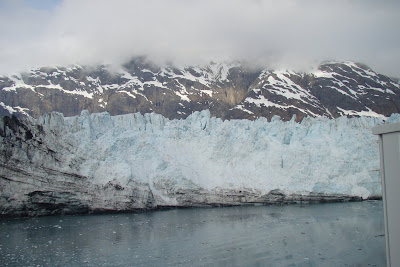 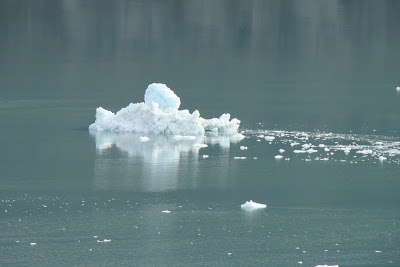 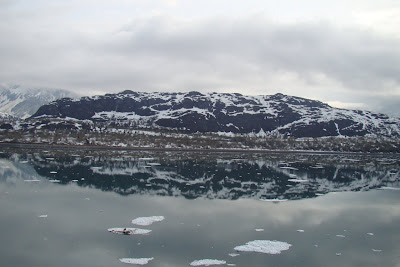 Posted by Rick Rosenshein at 8:11 AM 0 comments Links to this post