My friend John, from up in Vermilion Bay Ontario Canada shared the following with me. Thanks for sharing John.
The artist name is Edgar Mueller but he is also known as the Chalk Guy. He really is an amazing artist.


CHALK GUY IS BACK! Hard to believe that these are drawn on a FLAT sidewalk surface. 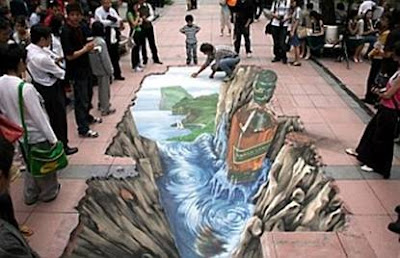 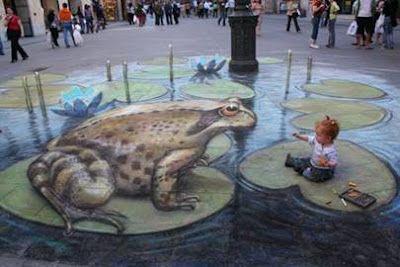 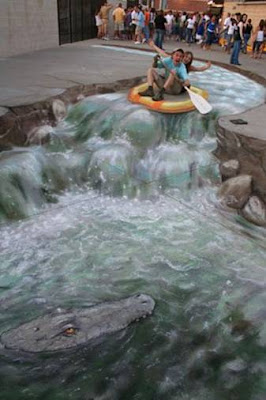 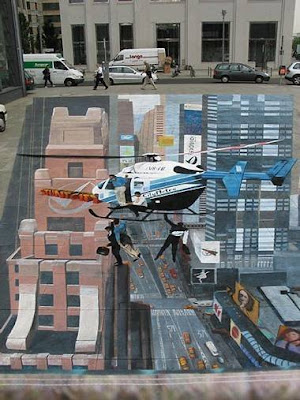 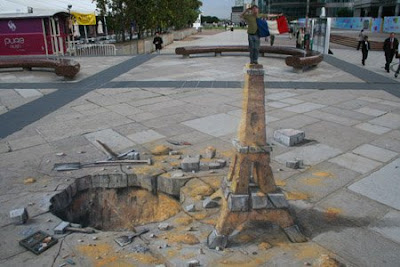 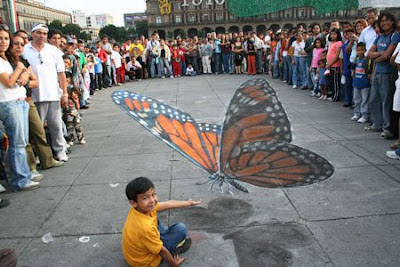 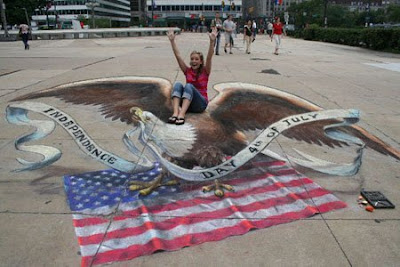 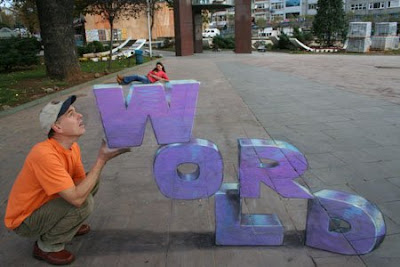 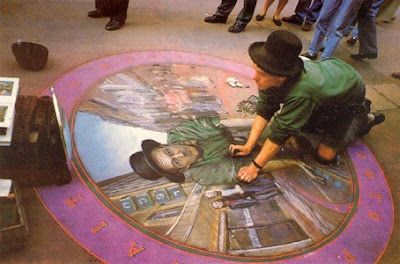 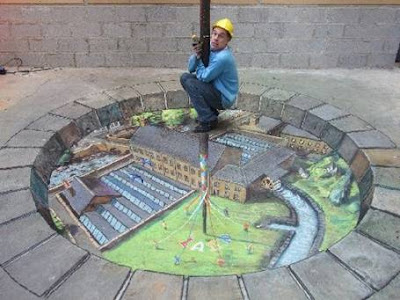 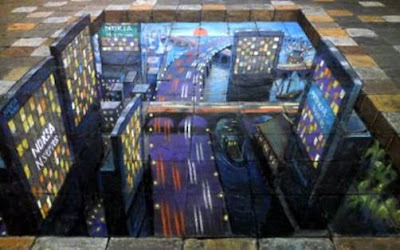 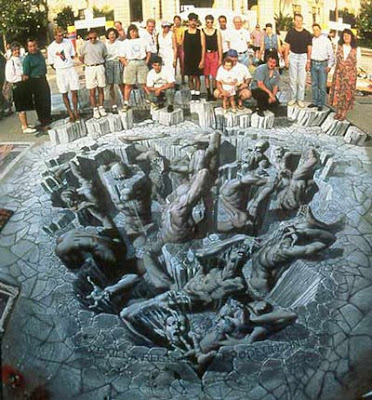 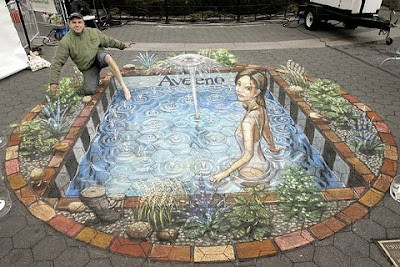 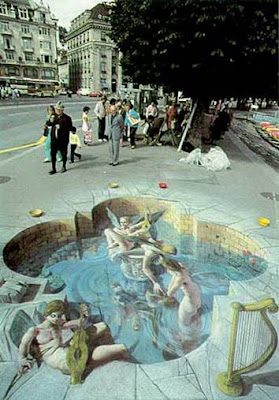 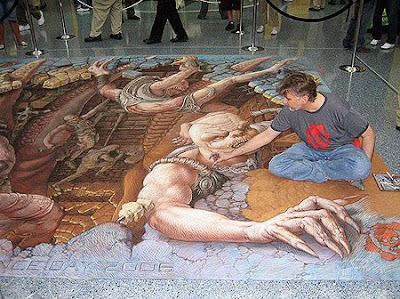 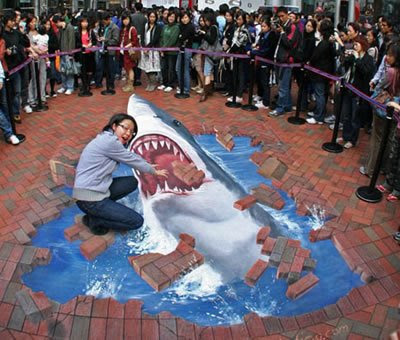 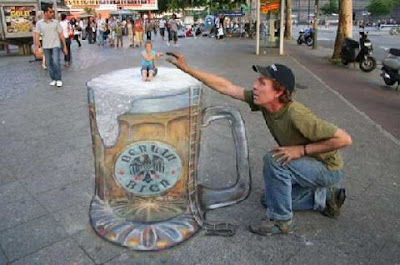 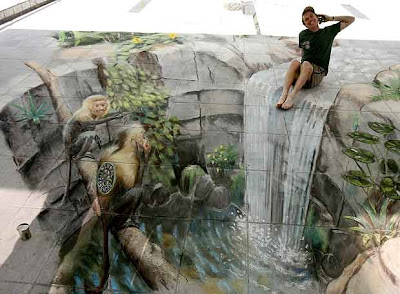 Great Crevase Edgar Mueller. Hard work: Together with up to five assistants,
Mueller painted all day long from sunrise to sunset. 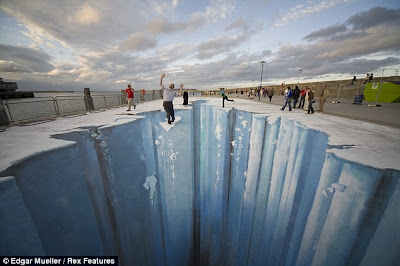 The picture appeared on the East Pier in Dun Laoghaire , Ireland ,
as part of the town's Festival of World Cultures. 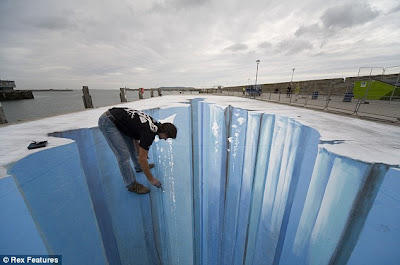 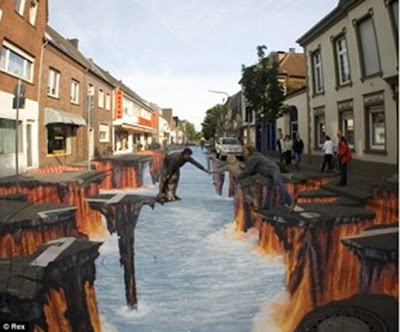 He spent five days, working 12 hours a day, to create the 250 square metre
image of the crevasse, which, viewed from the correct angle, appears to be 3D.
He then persuaded passers-by to complete the illusion by pretending the
gaping hole was real.
'I wanted to play with positives and negatives to encourage people to think twice
about everything they see,' he said. 'It was a very scary scene, but when people
saw it they had great fun playing on it and pretending to fall into the earth.
'I like to think that later, when they returned home, they might reflect more on
what a frightening scenario it was and say, "Wow, that was actually pretty scary." 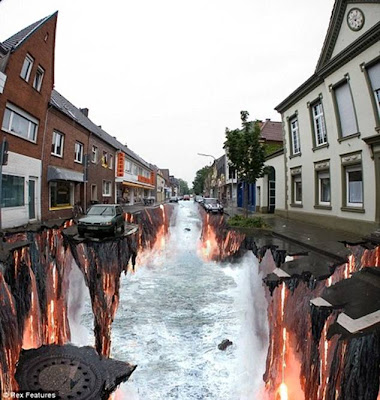 Mueller, who has previously painted a giant waterfall in Canada, said he was
Inspired by the British ‘Pavement Picasso’ Julian Beever, whose dramatic but
More gentle 3D street images have been featured in the Daily Mail.
This guy is amazing no matter how you look at it!
Thanks again John for sharing this with us.
Posted by Rick Rosenshein at 5:11 PM 2 comments Links to this post