Here is the sign as you enter into the camp area. 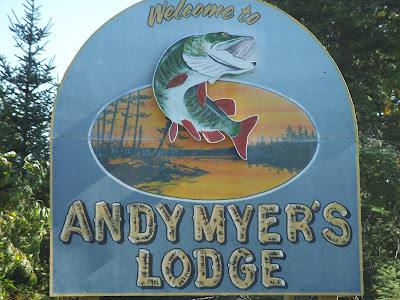 Dock hand Jamie power spraying the boats. They are cleaned like this each and every night. 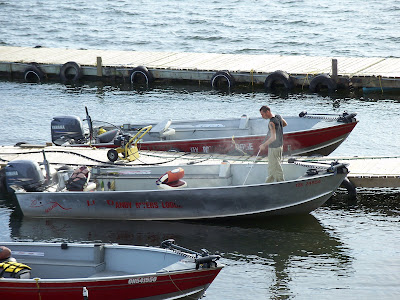 Here is a picture of the Bears at the local dump. We had to squeeze through the fence to get in. As you can see it was worth it. The sun and haze prevented me from taking a better picture. 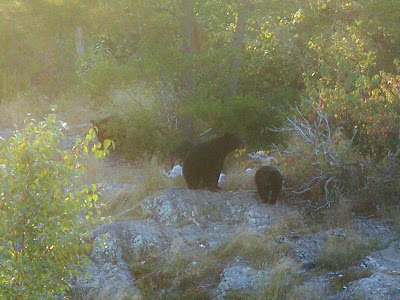 The photo isn't very good but you can still see that we were not that far away from the bears. We will try again another night to get in close to see them. 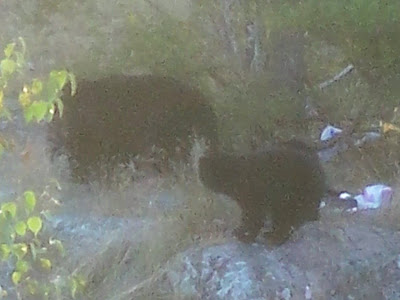 This is the Paper Mill in Dryden. This is their major source of employment however just as many in the states are closing, this one is scheduled to close as well. 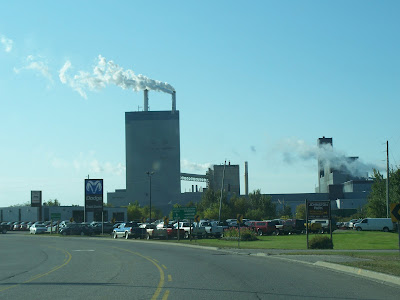 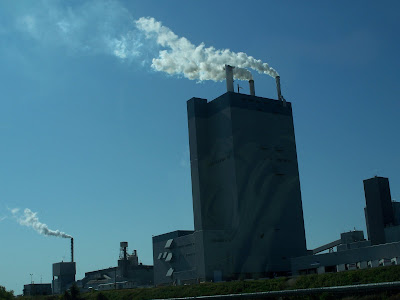 Some more building wall art. Canada is known for having many of their downtown buildings painted with local lore. 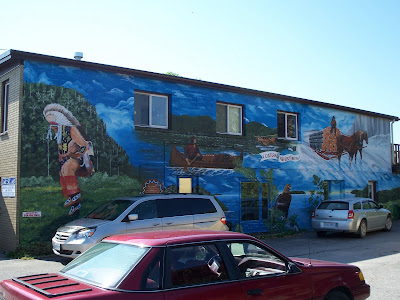 This is the hotel that Veronica went to as a small child with her Grandmother. They would dress up for lunch and have tea sandwiches and hot tea. She has fond memories of this place and wanted a picture of it. 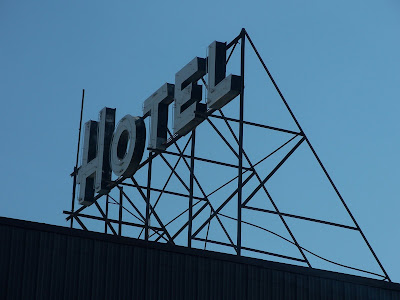 The sign off of the gravel road telling you which way to head to Andy Myers Lodge. 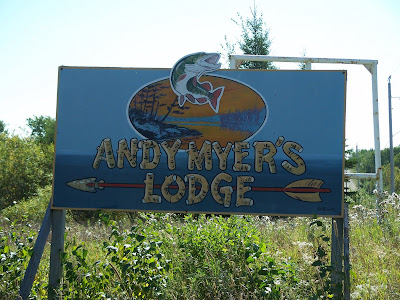 Today was an off fishing day for us. We spent the day doing laundry, going into town for more provisions and watching bears.

We woke up late today around 8:30 and didn't go up to the lodge for breakfast. We got dressed and went into town and found a little Donut shop. This Donut shop called Robin's Donuts was a surprise to us as it had many many varieties of donuts, muffins and biscuits.

We then went into Walmart for some small provisions and stood in line for what seemed like hours. Veronica said long lines at Walmart were not just saved for the states but look here in Canada they have just as long of lines. Here though customers were telling the cashiers to call for a Manager and open up more "tills" and act as though they were open for business.

We then went and spent most of our morning at the laundry mat. The rest of the day was spent relaxing. For dinner we had homemade french fries and fried walleye.

Today a lot of people left camp so there are very few around. Right this minute Veronica and I are the only ones in the lodge. It is really very quiet here.

Tonight we went to the dump and saw a black bear and a couple of her cubs. I have pictures that will be uploaded but unfortunately the sun and the haze made the pictures come out of lesser quality.

Tomorrow we will be back at it trying to catch that trophy Musky. So, until tomorrow night I wish you tight lines and huge fish.

Posted by Rick Rosenshein at 8:29 PM 1 comments Links to this post