Today turned out to be both a strange and exciting type of day. When I woke up I stepped out onto our cabin's balcony and noticed that we had sailed by an island. Looking closer I thought that I saw a strange cloud hanging low at the top portion of this island. What I shortly discovered was that we had sailed fairly closely by an island called Stromboli, which has an active volcano. What I thought were low lying clouds actually was the volcano gas and steam and whatever else Volcanos release into the air.
Doing some research online led me to the following information:
Stromboli is a small island in the Tyrrhenian Sea and is one of the most active volcanos on earth. The Stromboli volcano has been erupting almost constantly since 1932.
What a special treat this was to be able to circle the island of Stromboli not once but a total of 3 times. We spent approximately 6 1/2 hours circling this island.
Besides watching and photographing the island of Stromboli we mostly relaxed and I took some more of my Mediterranean Sea Art photos.
Here are some of the photos that I took of Stromboli, the volcano and my Mediterranean Sea Art:


This is the island of Stromboli. It is a small island that is just under 5 square miles and has 2 small villages which together have only 350 inhabitants. The island is just off of the North coast of Sicily 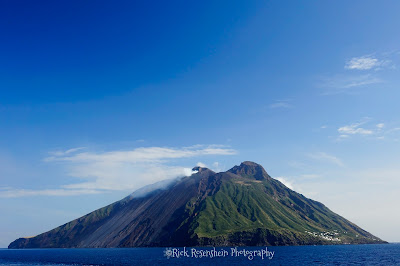 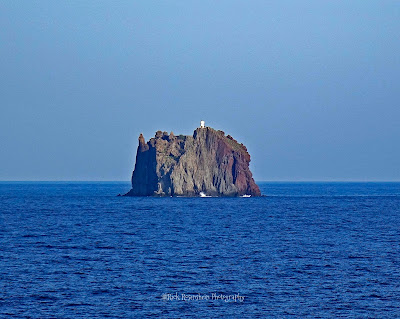 Here is one of the two small villages on Stromboli 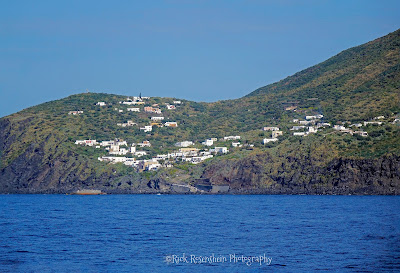 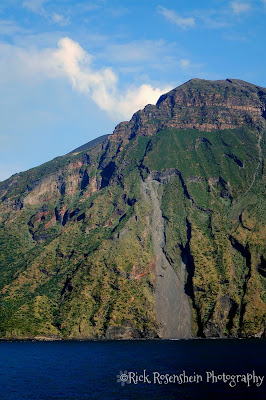 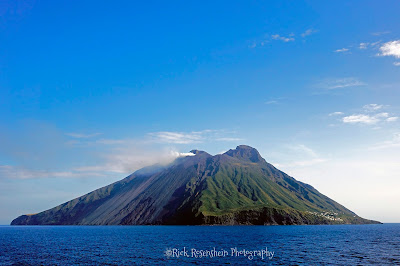 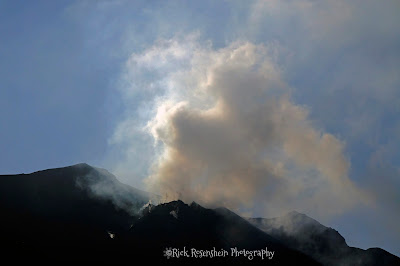 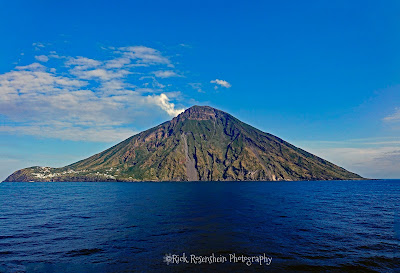 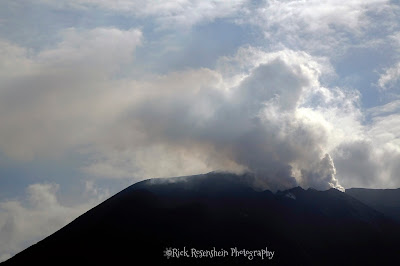 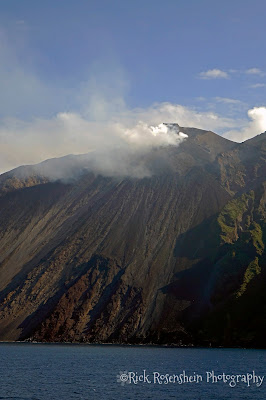 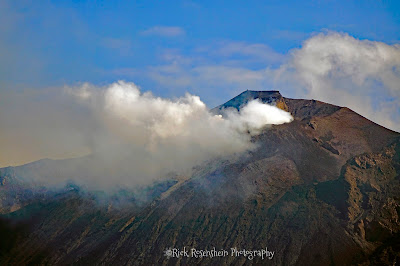 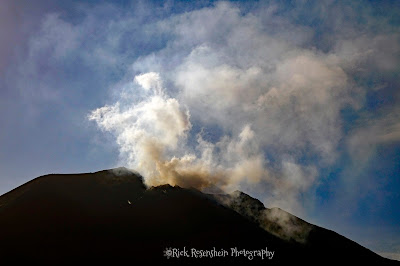 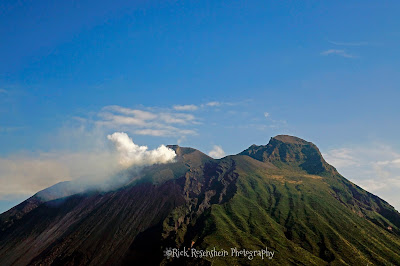 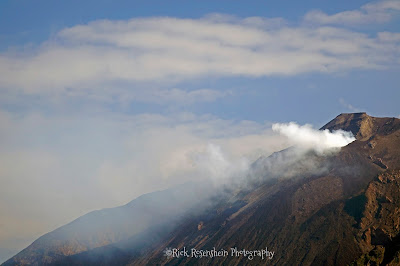 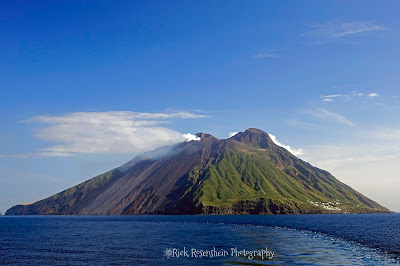 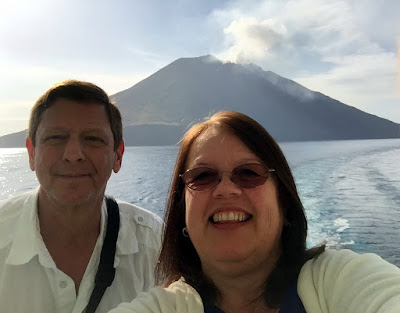 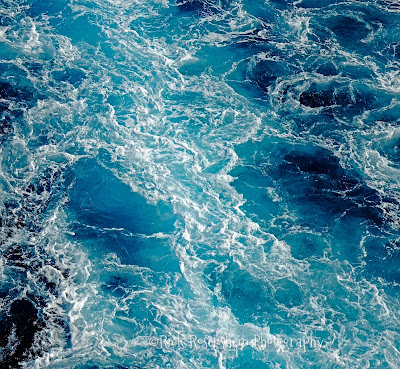 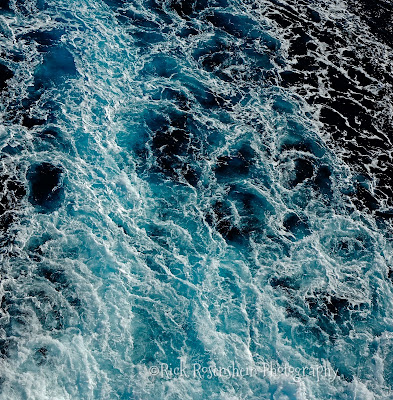 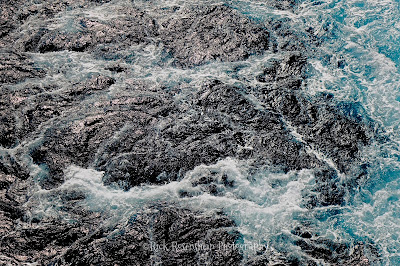 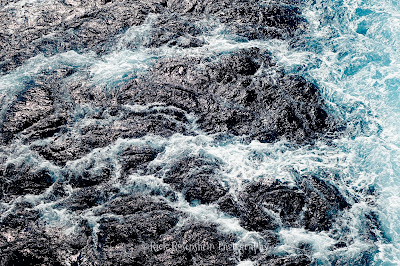 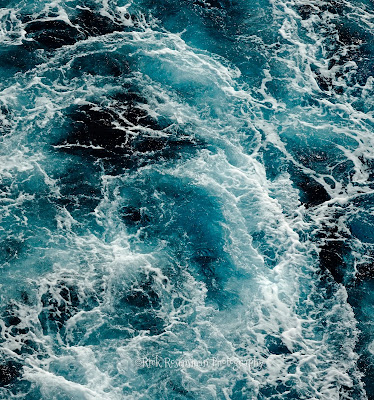 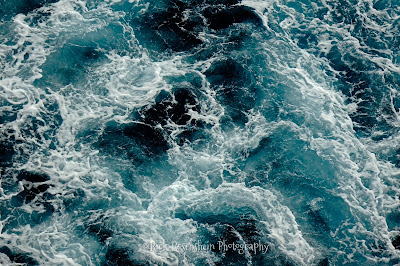 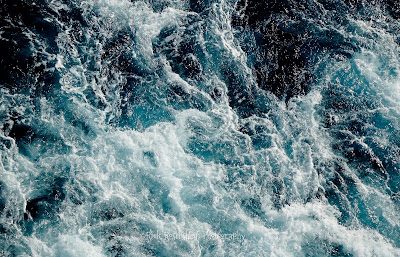 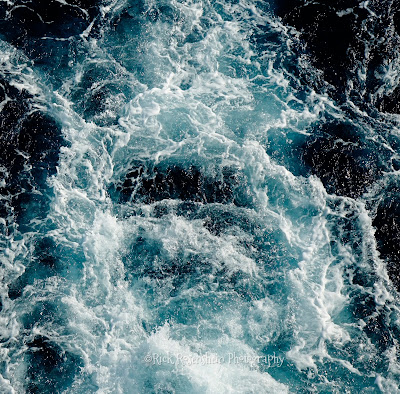 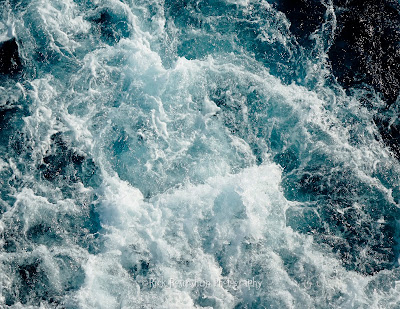 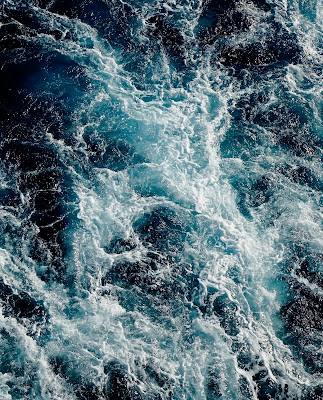 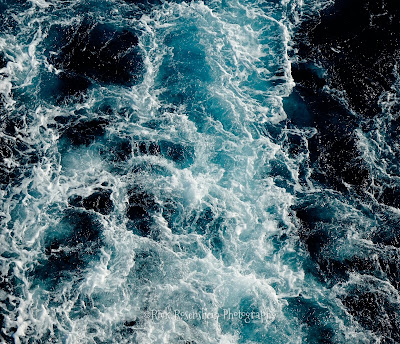 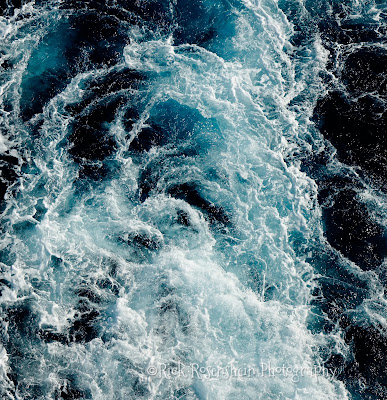 Tomorrow we will be in Naples where we reserved a private guide to take us to the Amalfi Coast
Posted by Rick Rosenshein at 7:49 PM 0 comments Links to this post