My friend John Jakobs, from Vermilion Bay in Ontario Canada has been sending me some photos of fox that he has befriended.
This fox seems to have quite the sophisticated palate and has shared Johns bologna sandwich and now appears to like the hotdogs that John has been bringing him/her.
John told me that this fox will take a piece of hotdog and then bury it in the snow.
I can't say that I blame the fox for doing this. They have some long cold winters up in that neck of the woods.
Below are a couple of photos that John has sent me of his new forest buddy.
Thanks for sharing John. 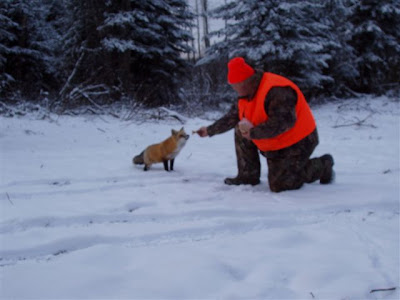 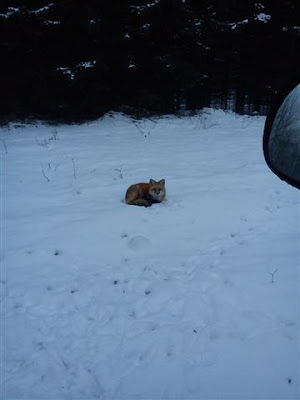 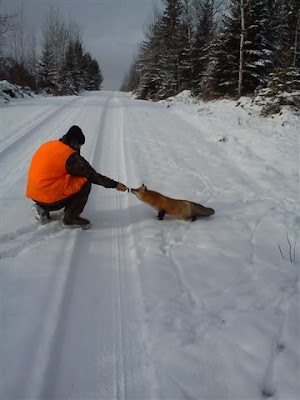 Posted by Rick Rosenshein at 3:56 PM 0 comments Links to this post