Last night was a like a roller coaster on the ship. We ran into either a storm or a low front because the ship was plowing through some rough waves and heavy winds. We went to bed last night prepared to take our private tour into Rome. I woke up around 6:50AM and looked out of our balcony window. From what I could see it appeared that we were sailing away from Rome and the Italian coast. Due to the high winds, size of our ship, wind directions and the tightness of getting the ship through the harbor and into the pier the Captain after discussing all options with the NCL corporate folks it was decided that there was too much risk in trying to get into the port. Our ship spent the day cruising away from the coast of Italy for quite some time and then made a turn to head towards tomorrows port of call....Livorno...which we would go on an excursion to Florence. So what should have been a day in Rome turned out the be a sea day.
By 10AM the waves were at 15ft and the winds were blowing at 48 knots. At one point in time the winds were blowing at almost 62 knots.
Veronica and I made the most of this extra sea day and we mainly took it easy and relaxed all day.

Here are some photos of the rough seas that day and the direction that the ship took the night before and that day. 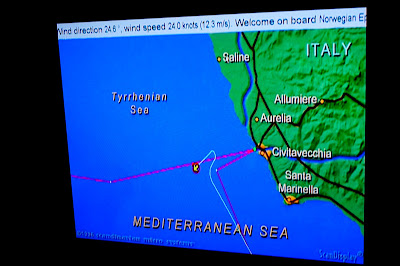 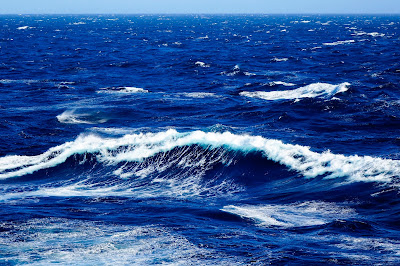 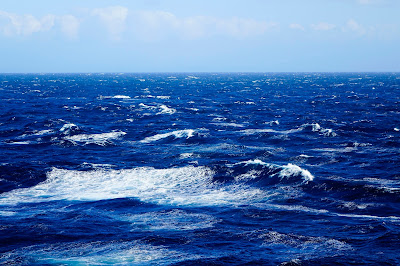 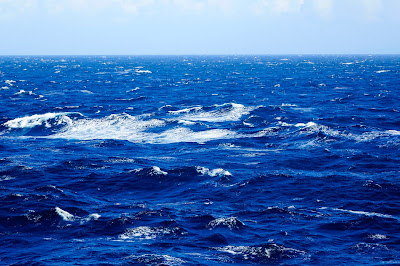 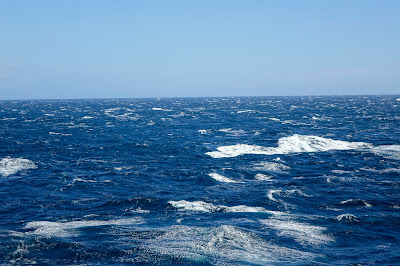 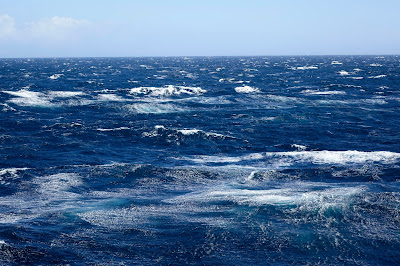 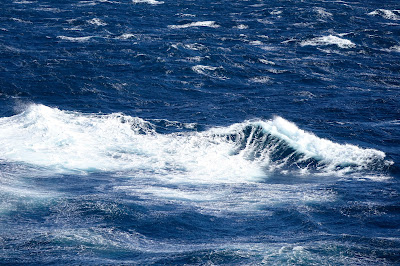 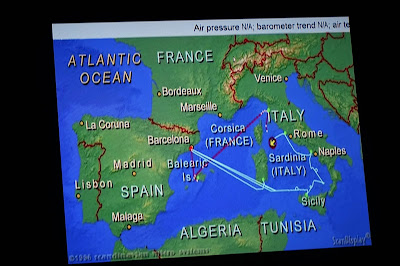 Posted by Rick Rosenshein at 9:16 AM 0 comments Links to this post