When Veronica and I first came to the Outer Banks to check the area out, the "buzz" about TJ Maxx coming had already started.
Everyone that we spoke to was very excited about having a new TJ Maxx locally.
Although there are other retailers in the area, we kept hearing about people driving for 1 - 1 1/2 hours to do their shopping in the Virginia Beach and Chesapeake and going to the TJ Maxx stores in those locations.
As time went by, the "buzz" and the excitement grew amongst the locals.
Yesterday was a big day, not just for those living on the Outer Banks but for Veronica also.
She has been putting in very long days and nights, leading up to and culminating in the Grand Opening of the new TJ Maxx, that is located in Nags Head.
Veronica got up early yesterday morning and headed to the Grand Opening of her new store.
I arrived in the parking lot shortly after 7AM, with my trusty camera in tow.
When I first arrived, the parking lot was just about empty.
It didn't take long for the people to come.
It was like one of those "Field of Dreams" moments...build it and they will come. And came they did!
One of the first groups to arrive was a group of local ladies. I watched as they pulled out a couple of tables and various other items and started to setup "shop" right there in the parking lot.
At first I thought that they were part of the TJ Maxx crew or someone hired to hand out drinks and food to the people that showed up for the Grand Opening ceremony, but I soon found out that they were having a tail gate party...kind of like what you would see on race day or at a football game, but minus the bar-b-que grill.
They saw me standing around with my camera in hand and asked if I was with some of the local newspapers covering the event. I told then no...that my official title was husband of the store manager.
They requested that I take a photo of them together. Not being one to shy away from a photo opportunity, I eagerly took their picture.
The area quickly filled up with local politicians and dignitaries, people from the TJ Maxx company and quite a number of locals, who were all eager to get inside the new store and commence their shopping experience.
During the overall ceremony, Veronica handed over a sizable donation to a local charity and there was an official ribbon cutting after a few brief speeches by various people, Veronica included.
As soon as all of the ceremonies were completed, the doors of the very first TJ Maxx on the Outer Banks were officially opened to the eager shoppers.

Early morning before the ceremony began..an almost empty parking lot, but not for long. The vehicles on the right hand side of this photo was where the tailgating party was. 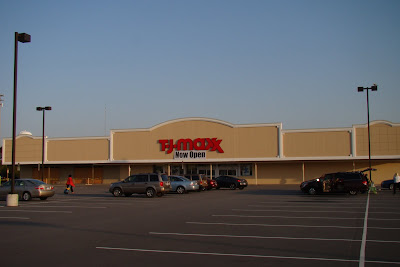 A local tailgating party for the Grand Opening of TJ Maxx...never seen this done before, for the opening of a new store, but you got to love their enthusiasm. I do believe that this might be a group of Maxxinistas. And what are Maxxinistas, you might ask....
Maxx-in-is-ta (max-uh-nee-stuh) noun: a fashionista who gets it all for much, much less at T.J.Maxx 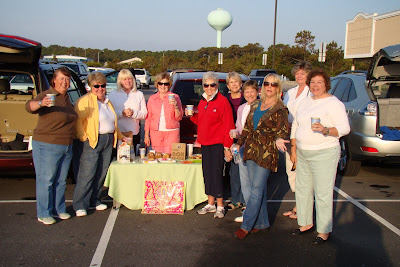 Veronica greeting one of the local Mayors that attended the event 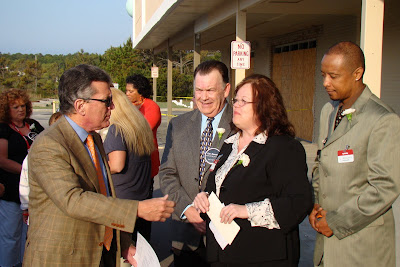 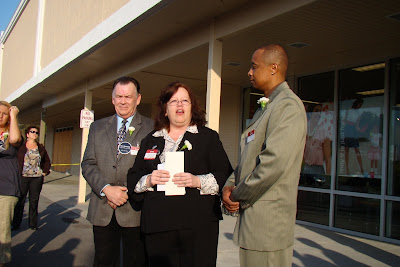 Veronica handing over the charity donation 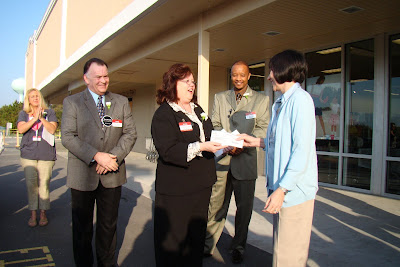 The early morning crowds before the official opening 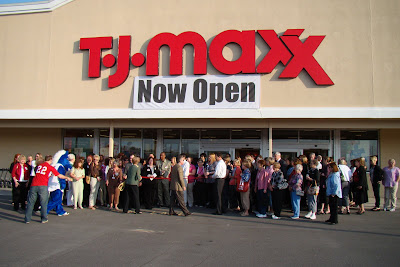 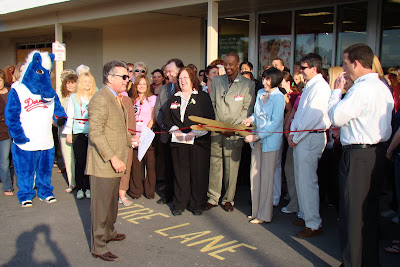 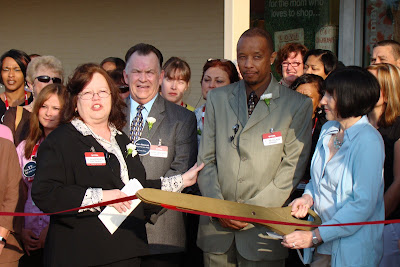 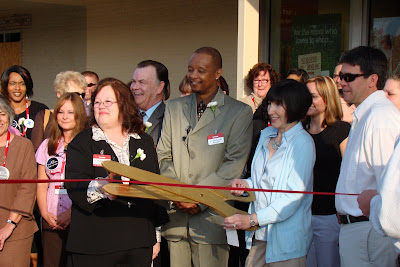 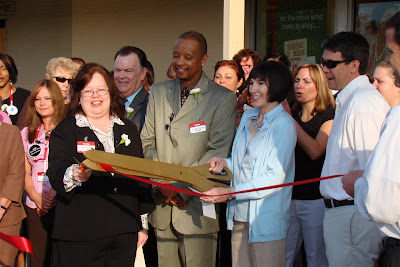 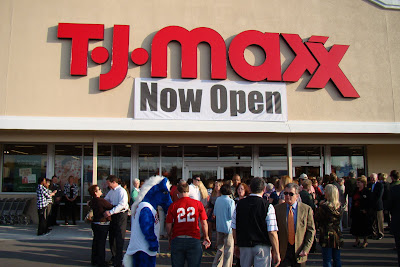 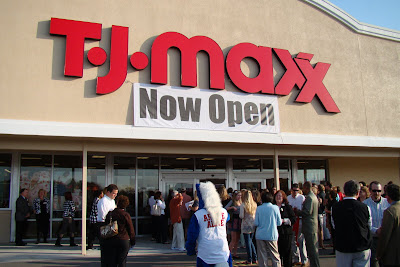 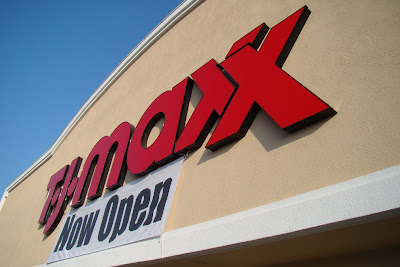 Before I left the area, I took a few photos of the full parking lot. 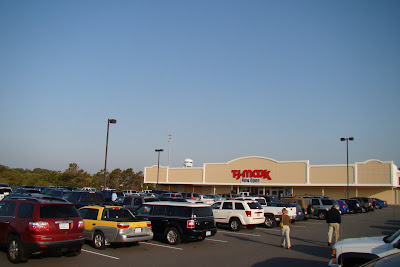 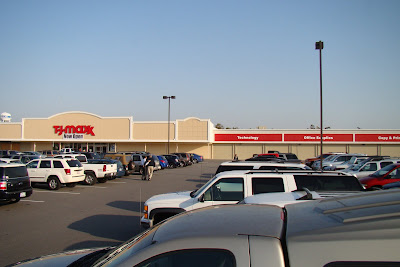 Veronica worked a ton of long days and nights to make this all happen on her end of things. I am very very proud of everything that she accomplished. Great job hon!!!!

Posted by Rick Rosenshein at 5:16 PM 2 comments Links to this post