Veronica and I got up early this morning, had breakfast at the hotel and headed to Norfolk Airport.
We arrived at the airport and was pleasantly surprised to find no lines awaiting to go through the baggage check in process. We must have timed our arrival just right because the process went smooth and quickly.
We had enough time to get to our gate and relax there for a bit of time.
With much excitement and anticipation, we boarded our United flight and flew to IAD...Dulles Airport.
Upon arriving in Dulles, we had 6 hours of down time until we had to board our SAS flight and start the long flight over to Copenhagen.
We spent our time walking around the airport in A and B concourse...one of which was the International Concourse. The International Concourse was very clean and quiet and we spent some time looking in some of the stores at the airport, got something to eat and drink and then found a quiet spot to sit down, relax and for Veronica to read on her Kindle and for me to play some games on our IPad.
We ended boarding our big jet..I believe it was a Boeing 300-304, around 4:45PM for our departure, which was around 5:30PM.
Upon boarding our jet, the first thing we noticed was that there were approximately 5-7 very young children of varying ages between a few months old and maybe 2years of age.
These young ones were already crying away and both Veronica and I knew instantly that this was going to be a long flight.
Unfortunately our fears came to fruition because we had a 2 year old "baby in arms" flying and "seated" directly in the 2 seats in front of our seats.
Actually this child's mother was sitting in front of Veronica and this kid was moving all over the place.
Veronica and I had a miserable flight to Copenhagen.
This child's mother could not handle this child and was over stimulating the child throughout the course of the whole flight. This kid was up and down the isles, all over the seats, crying constantly and awake throughout the whole flight.
The child's mother would tell the the child that it was night night time and this child would mimic what the mother was saying like he was a little parrot...night night....night night.
This joyful banter between mother and child went on for hours.
I tried very hard to get some sleep but as soon as I started to doze off, the child got loud and jumping all over the place.
It was a full flight and other customers were complaining about the kid but there was nothing that the attendants would do even after people complained. Unfortunately there was no where for the attendants to move the complaining customers nor anywhere else to put the mother and raucous child.
Needless to say, it was a very very long flight and we were so glad when it was over with and we could get off the plane. 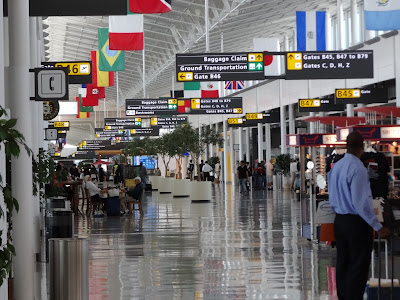 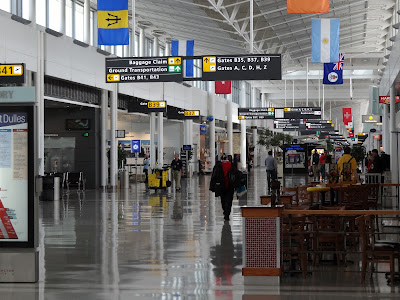 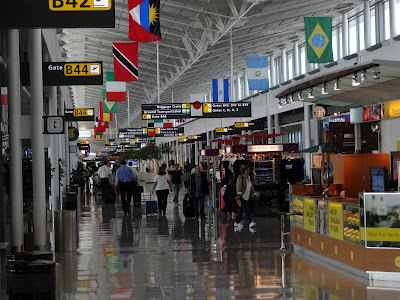 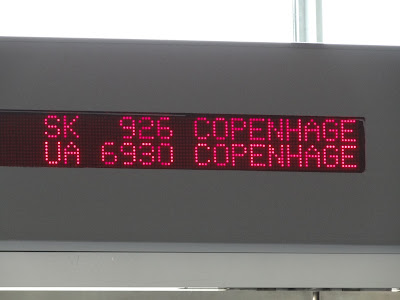 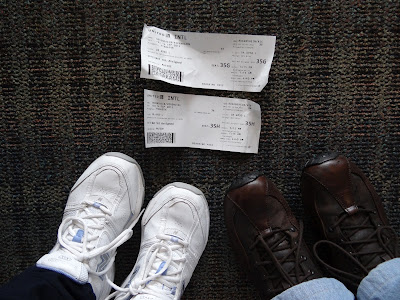 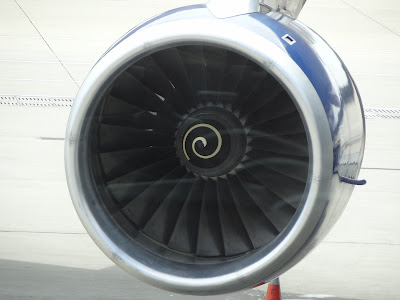 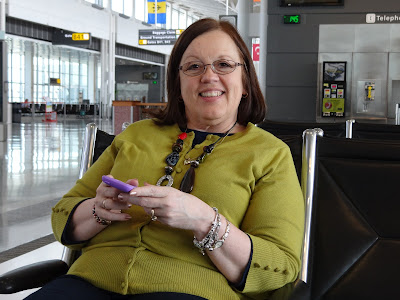 Posted by Rick Rosenshein at 7:11 PM 0 comments Links to this post

It is Thursday, 9/13 and Veronica and I drove to Norfolk,VA to stay at a Country Inn and Suites for the night, so that we would be closer to the airport and save us 2 hours of driving time tomorrow morning.

Our United Airlines flight tomorrow morning would depart around 10:30 and would arrive at Dulles Airport around 11:30AM.
We would then have an almost 6 hour layover in Dulles until we boarded our SAS international flight to Copenhagen, Sweden.
Veronica and I went to bed early in anticipation of a very long day coming up tomorrow.
Posted by Rick Rosenshein at 7:02 PM 0 comments Links to this post