Spending Some Special Time With My Dad

Within the last couple of months my Dad has had a couple of unfortunate accidents. About 4-5 weeks ago he accidentally hit a local CVS Pharmacy building. He was not going very fast. Actually he was trying to straighten up the car while attempting to park in the handicap parking spot in front of the building. He must have hit the gas pedal instead of the brake pedal. His car jumped a curb and hit a trash can and the corner of the wall near the entrance of the building. Luckily no one was hurt badly. My Dad suffered a mild neck sprain and spent minimal time in the ER being examined. Unfortunately the car did not fare as well and was determined to be totaled. My Dad has since ordered one of the safest vehicles on the road..a Subaru Impreza. This car has all kinds of safety features. This new car should arrive here within the next 60 days or so.
Then about two weeks ago my Dad woke up from a nap and went outside to get the mail. He got dizzy (his pulse rate had dropped according to doctors) and he fell down in the driveway. He was able to get up and come into the house where he yelled for help. We cleaned up the numerous scrapes and scratches that he had received from the fall. He was complaining about his hip really hurting and as time went he was having more and more of a difficult time walking around. After watching him over the next hour or two and based on our observations along with the fact that he said that his stomach was getting queasy we decided to take him to our local ER. He was admitted into the hospital for numerous tests and continued on his dialysis during his multi day hospital stay. He was finally discharged after staying in the hospital for 4 nights. Luckily he had nothing broken but did have a deep bruise in his hip along with his lower back hurting.
Veronica and I have been also moving some of our belongings and furniture up to our Dads place on each trip that we make up there. Unfortunately there have been times when I need to stay behind while Veronica goes back home on the Outer Banks. It is during these times that Veronica ends up having to load our RAV4 up and bring up our belongings and packed boxes and even some furniture on her own. We are hoping to be completely moved up to Virginia Beach by July or August of this year.
I have been staying in his home for a couple of weeks now. He uses a walker to get around until he gets better. I have him all set up with physical therapy sessions and I help him out with whatever he needs around the house along with the usual cooking, dishes and laundry. I have been driving him to dialysis and his physical therapy sessions along with wherever else he needs to go. We are focusing on getting him healed up and feeling better again so that he can be more independent like he was before the accident. I am thinking that after a couple of weeks of physical therapy that he will be able to freely move around without any pain and be able to drive himself like he is used to. I will be staying here until he gets back to feeling his normal self.
Yesterday was our Dads 86th birthday. Veronica and I had sent out invitations to family and friends for his 2PM birthday party. During the course of the day our Dad received many telephone calls from various family members and even Skyped several more on the computer. We had set up all kinds of platters of food and snacks along with some sliced turkey sliders and salmon cake sliders. I made a special sauce to go on the sliders too. Around 2pm all of the invited neighbors started to show up. We wanted this birthday to be extra special for our Dad especially since everything he has had to go through these past 6 months. Everyone had a great time and based on the smile on our Dads face we accomplished our goal in providing him a very special day.

My brother Lenny with Veronica and Dad 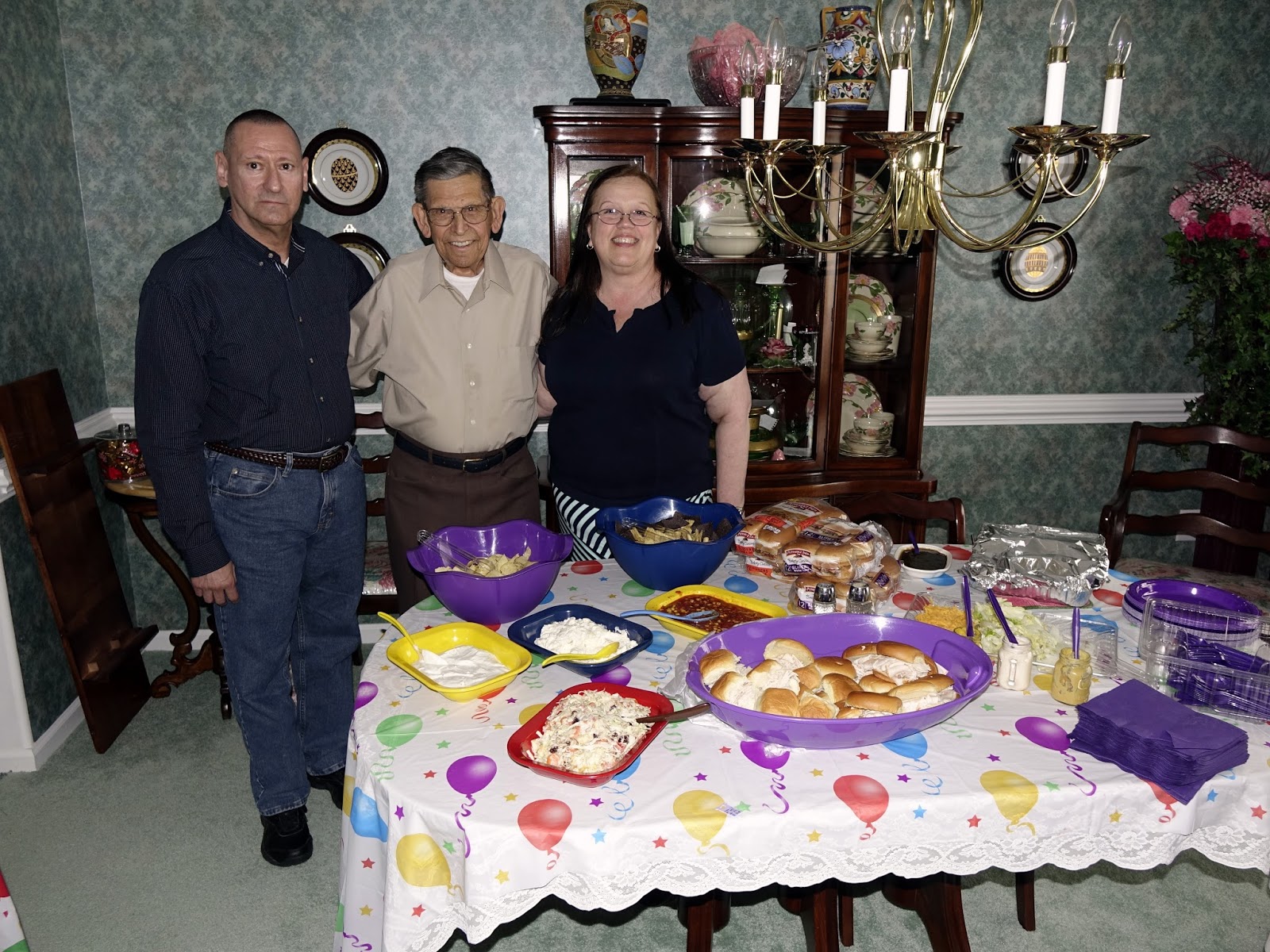 Me along with our Dad and Lenny 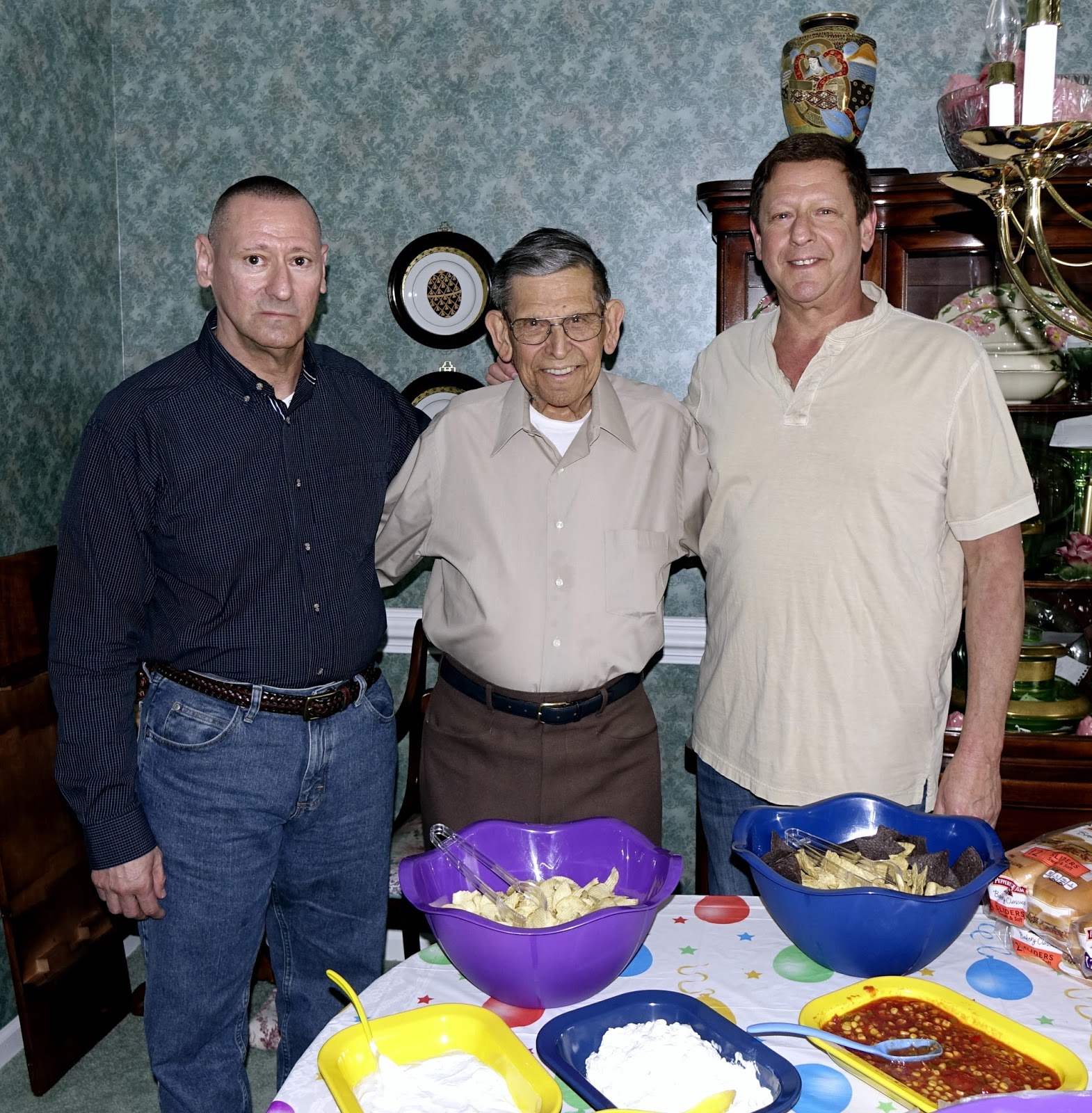 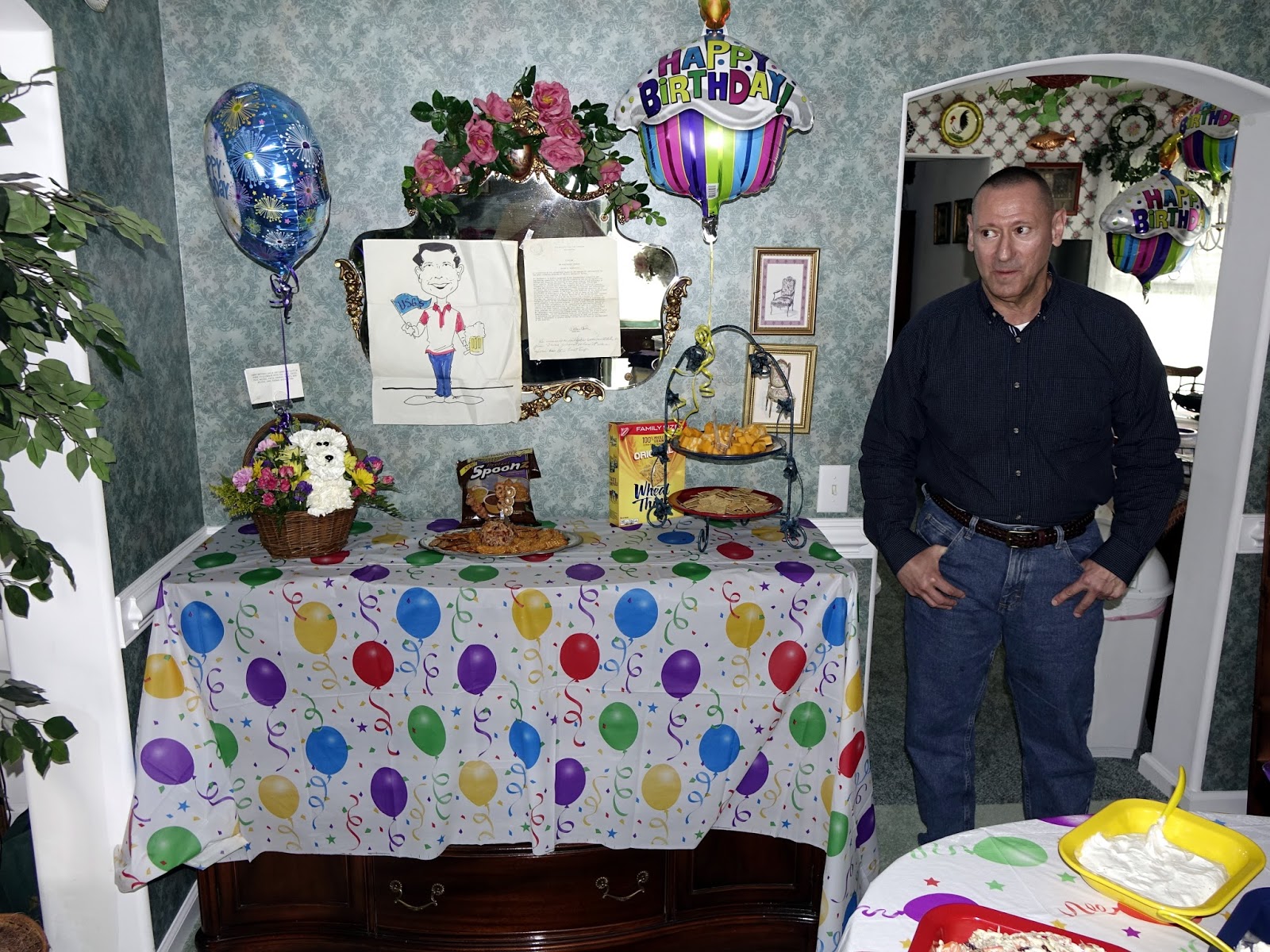 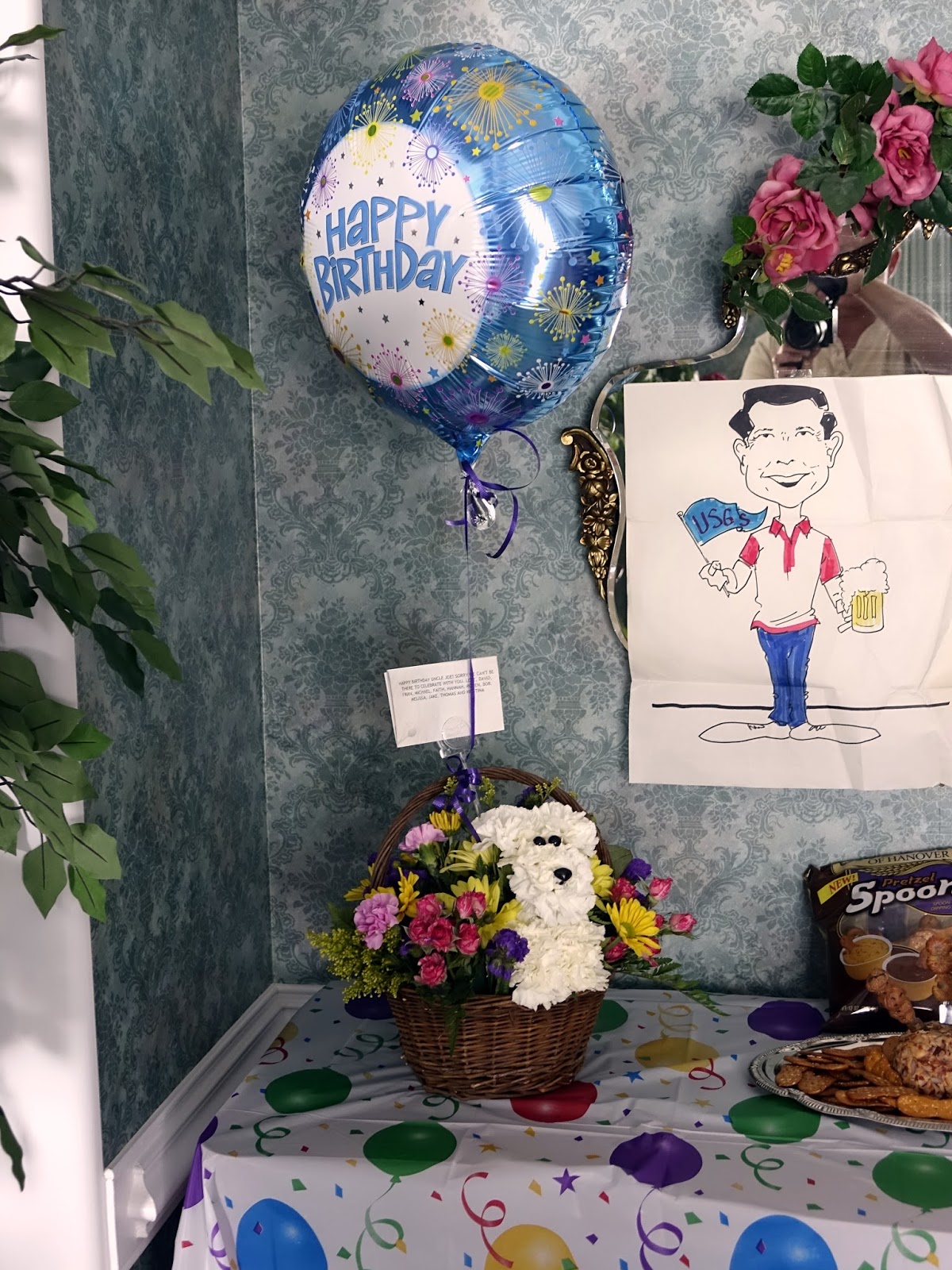 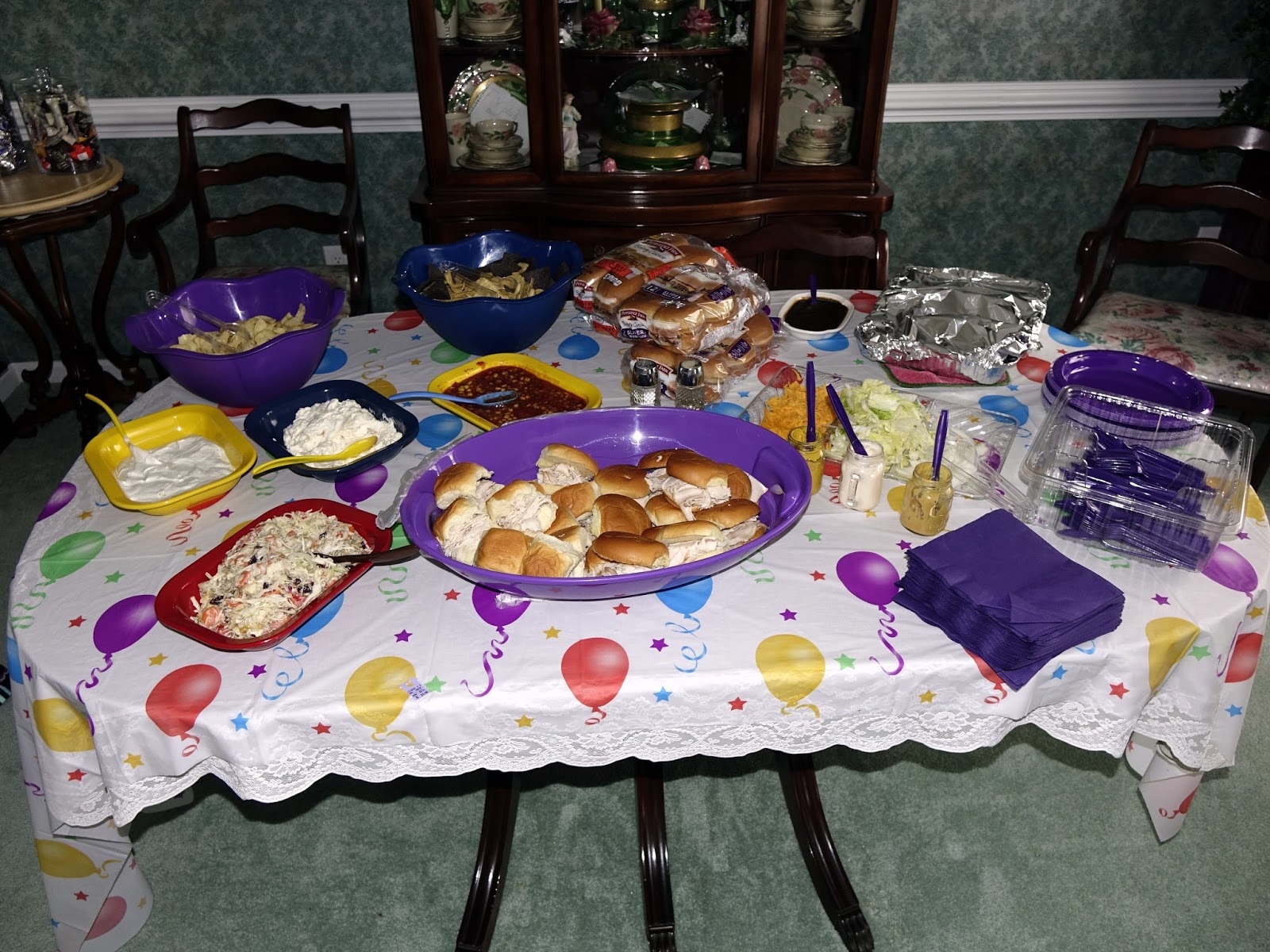 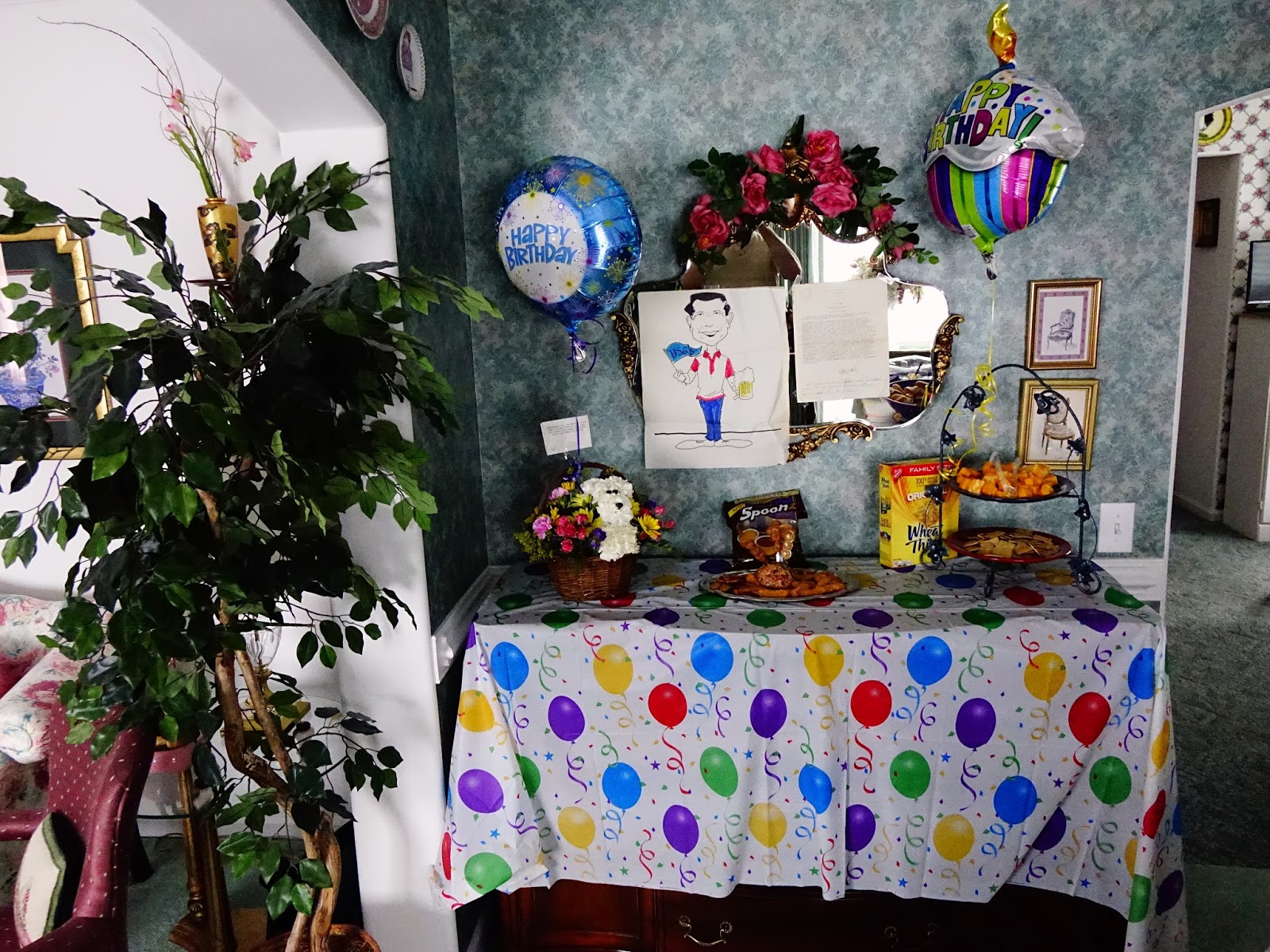 Veronica and Dad with his Birthday cake 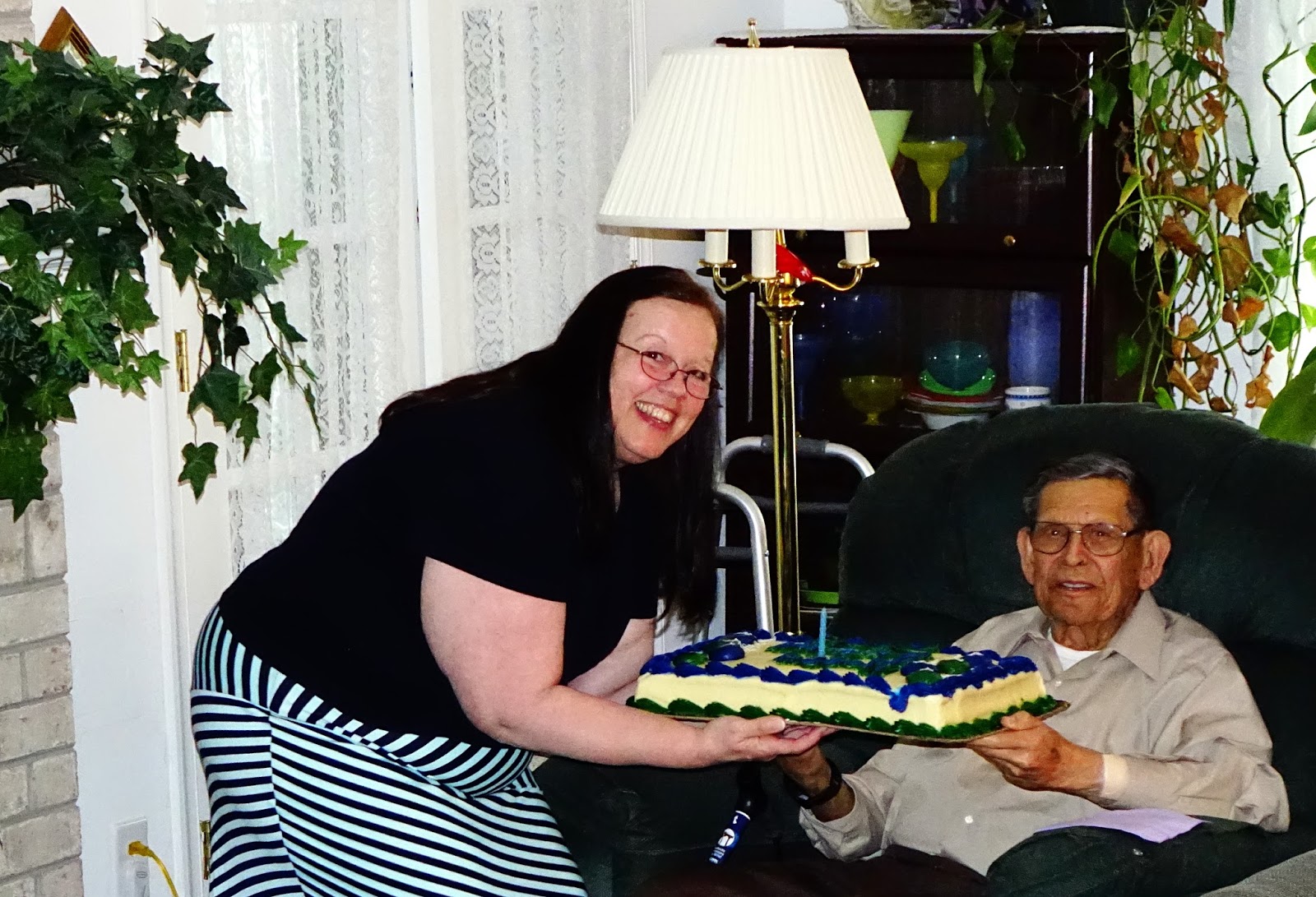 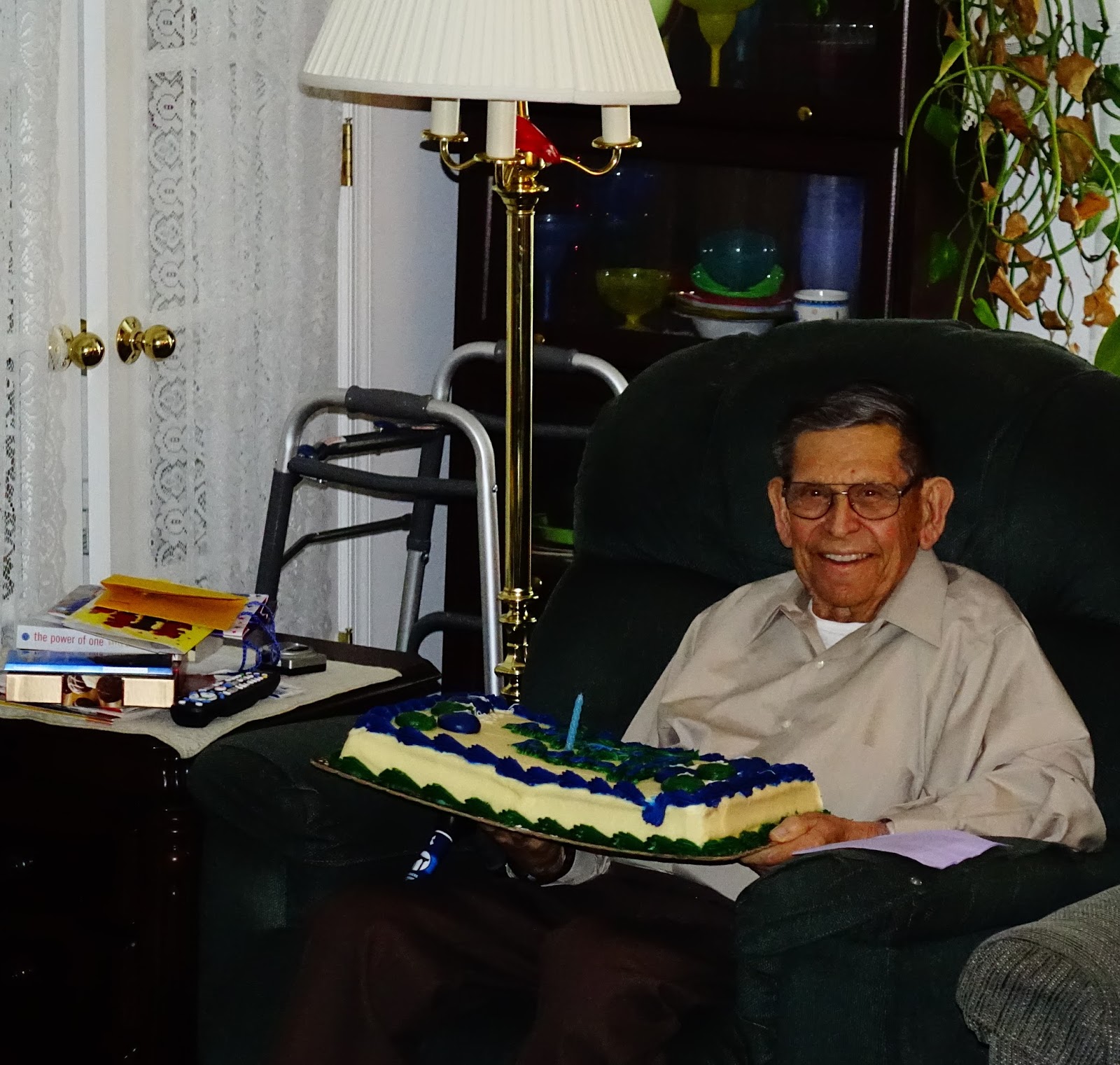 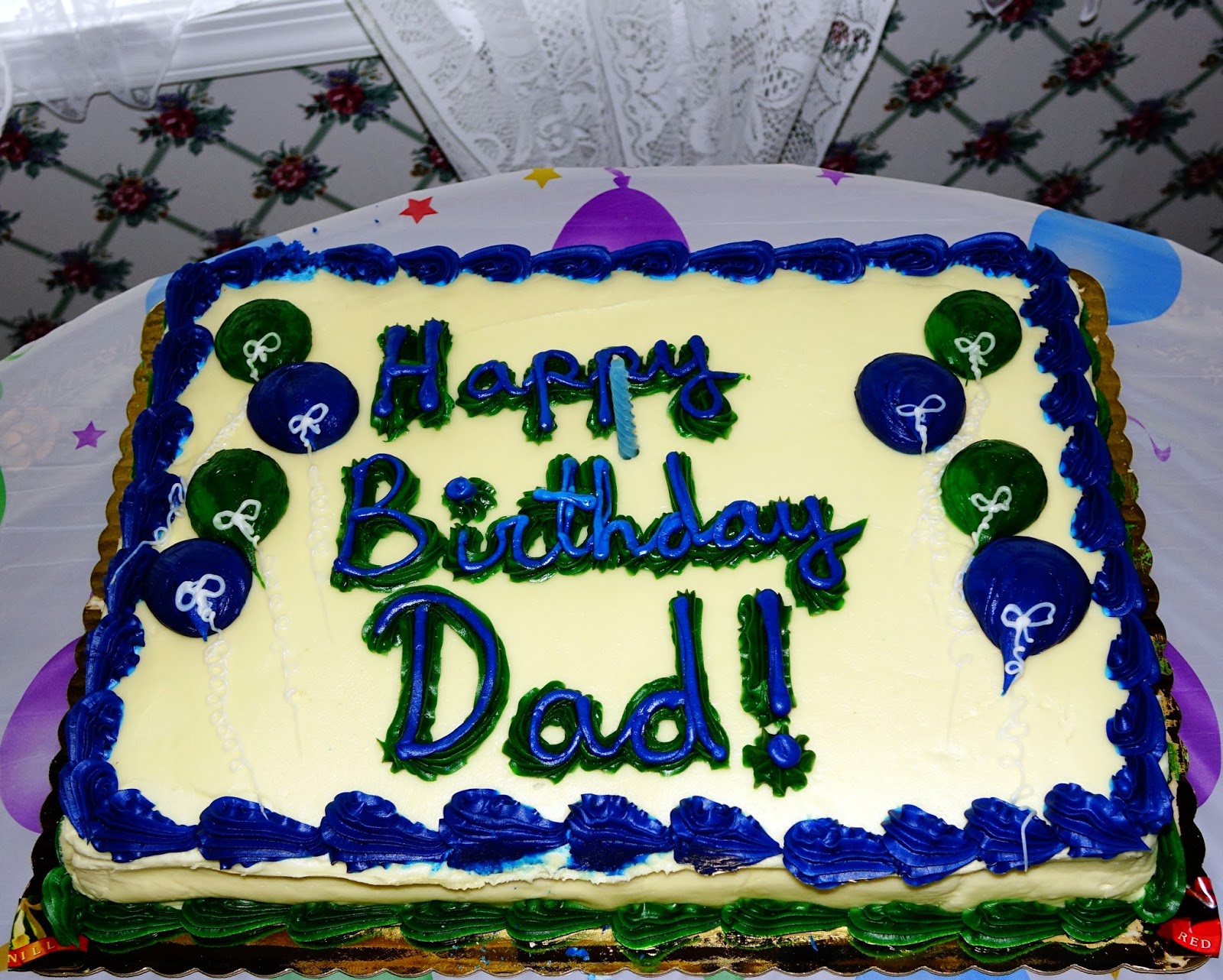 Posted by Rick Rosenshein at 7:12 AM 0 comments Links to this post