Veronica has been wanting a bicycle for quite some time. She also wanted me to get one so that we could go for rides around the area of the Wright Brothers First Flight Memorial.
A lot of people go for walks and ride bikes around the trails in the Monument area.
So yesterday we went to Walmart and bought ourselves a couple of bikes.
I had to order a special type of bike carrier for our vehicle because most would not fit nor could they be adapted to fit our Toyota RAV4s. I ended up getting a bike carrier that fits over the spare tire that is attached to the back of our RAV4s and then you can strap/tether/secure the bottom of the carrier either to the bottom of the vehicles back cargo door or underneath the rear bumper.
Here are some pictures of the bike carrier that I ended up ordering: 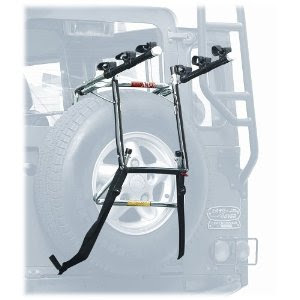 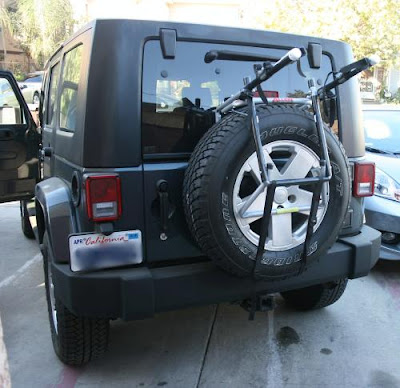 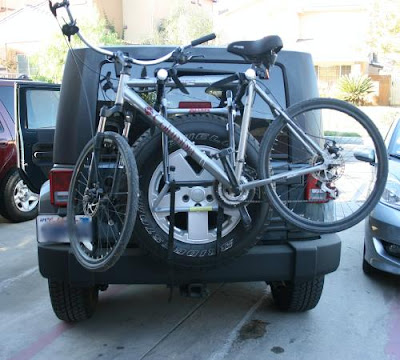 I ended up having to hang the bikes from the rafters due to space issues. As you can see, we are running out of space in our garage. We have a large grill and 3 pieces of exercise equipment and then room left over for one vehicle. 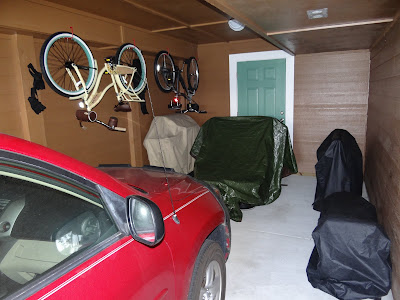 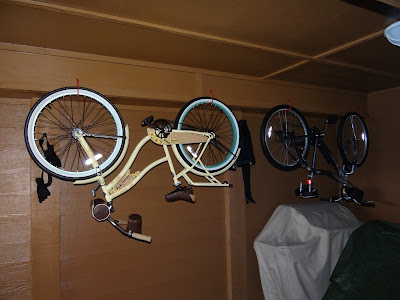 Below is Veronica's bike. It is a Panama Jack themed bike. This is an "old school" bike with no gears and no handle brakes. Veronica ordered a wicker basket for the front of the bike. 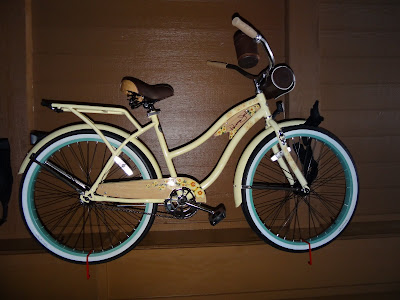 Below is my bike. It has 7 speeds. I bought the black bag for the front of the bike so that I could put a can or bottle of soda in it. I could also put a small coffee thermos in it. I bought a new seat also because the original was rather narrow and hard. This one is wider and has additional cushioning. I went for a ride on it and had to raise the seat up. It needs to be raised more but I am going to wait on doing that. I tried to raise the handle bars and angle them in towards me a bit. I felt like I was having to lean over too much to reach the handle bars in their current configuration. This was making my lower back rather sore. I tried to loosen the hex nuts and and other bolts but I could not get them to loosen at all. They really tightened them down at the factory. i actually snapped a pair of pliers trying to loosen the bolts up. I will end up taking the bike down to a local bike rental/repair shop and let them "fit" the bike properly to my body height and also raise and tilt the handle bars in so that I can ride it in more comfort. I will also have them adjust the gears because they are slipping a bit. 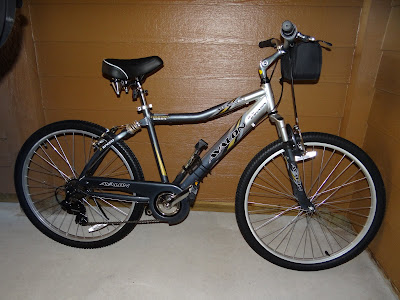 Posted by Rick Rosenshein at 4:02 PM 0 comments Links to this post