Day 3 Of Our Las Vegas Adventure

This morning we woke up and did our usual breakfast routine of Starbucks and McDonalds.
We decided that we were going to get tickets to the Cirque Du Soleil show...Zumanity. We went over to the ticket office at the New York New York hotel complex and were able to buy 2 tickets at less than half price, for that nights 10 o'clock show.
After getting the tickets were roamed around the hotel and then made our way up the strip to visit more hotels.
We ended up spending the day mainly walking around and taking in the sights and sounds of Las Vegas.
That night we saw the somewhat risque and erotic show Zumanity. I personally was somewhat disappointed with the show. The show came across as a cheap version of a normal Cirque Du Soleil show. I am glad that we did not spend more money on this show. We got balcony tickets for about $79 total and our seats were in the front row of the balcony.
We didn't get back to our room until after midnight and we were pretty well wiped out from all of the walking around we did, so we turned in for the night.
Below are some more photos of the sights that we saw during our adventure.


Below are a few photos taken through the window of the tram that we took from one hotel to another one that was further down on the strip. The tram and monorail system sure helped us out when we got tired of walking. 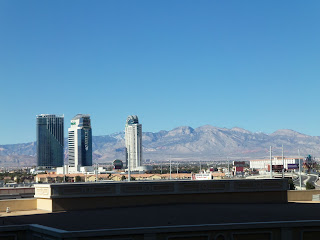 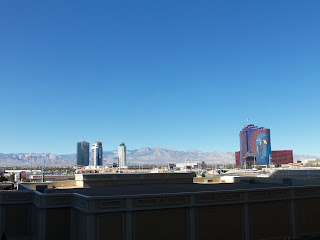 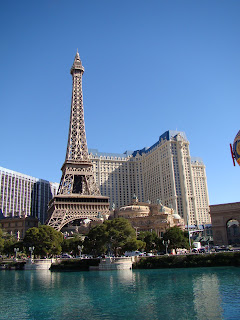 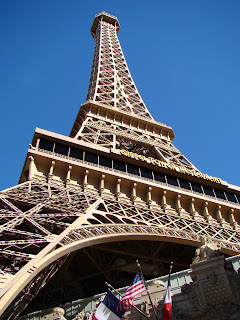 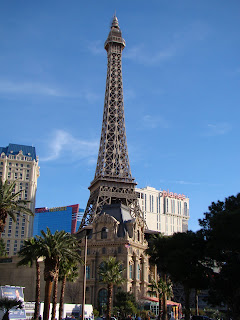 Below are photos of the outside of the New York New York hotel complex. It is really big. 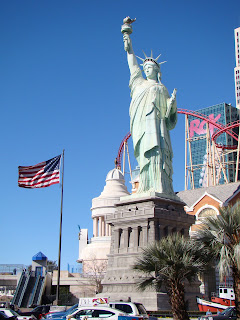 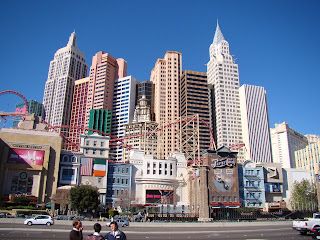 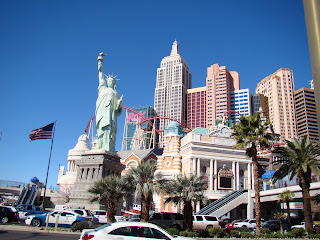 This is the statue outside of the MGM Hotel complex. It was directly across the street from the New York New York Hotel 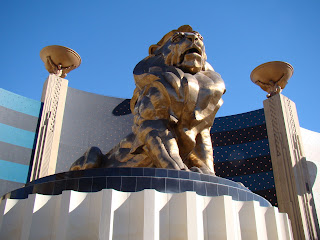 One of the numerous wedding chapels in the Las Vegas area Below are more photos taken from the monorail. 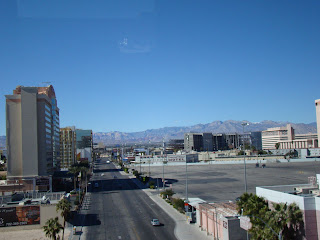 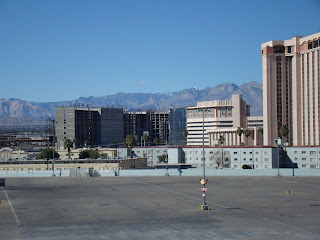 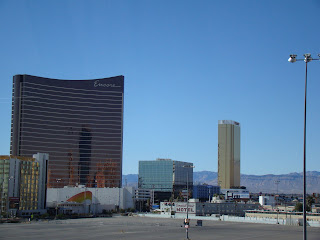 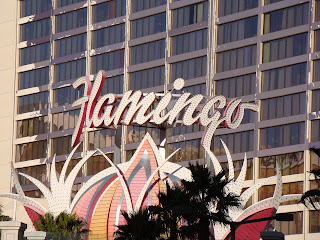 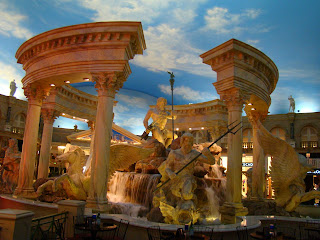 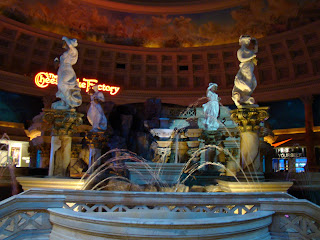 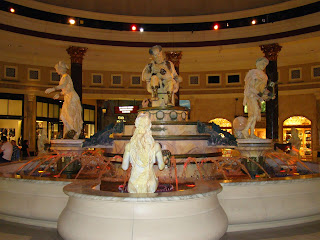 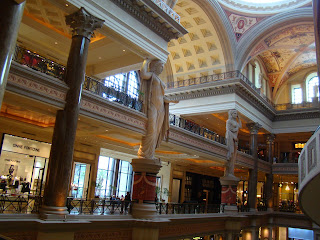 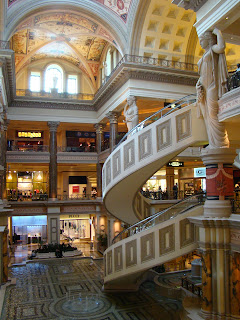 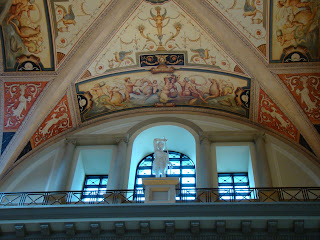 Another view of the spiral escalator in Caesars Palace 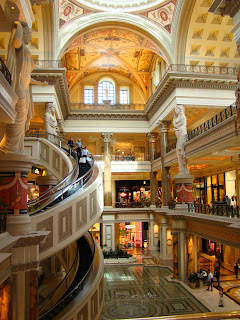 A photo of Veronica with one of the "living statues" in the Venetian Hotel courtyard area. 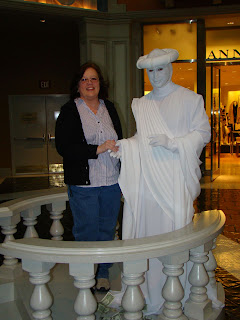 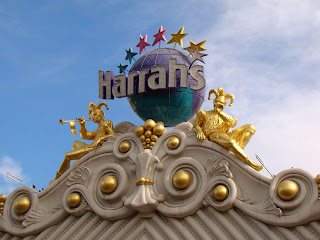 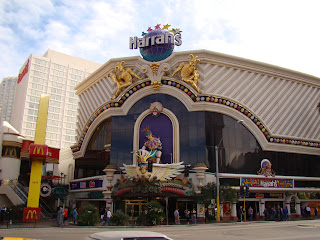 ﻿﻿
Posted by Rick Rosenshein at 7:19 AM 0 comments Links to this post