Veronica and I were planning on getting up a little earlier than usual, so that we could load our bikes onto our bike carrier and drive over to the Wright Brothers First Flight Memorial.
We were planning on making some coffee and put it in our thermos and bringing a couple of pistachio muffins for our little bike ride, picnic breakfast adventure.
We woke up later than planned and Veronica's alarm clock had not gone off for some reason. I then noticed that one of our clocks showed a time of 1 hour earlier than what all of our other clocks showed.
It then dawned on us that we had missed setting our clocks back an hour before going to bed last night.
As a result we ended up heading out the door at the time that we had originally planned.
We drove the 3 miles to a really small airplane landing strip that is adjacent to where the memorial is located.
We off loaded our bikes, loaded up Veronica's new wicker basket that attaches to the front of her bike, loaded our breakfast in the basket and headed off on our morning adventure.
There were not many people out at all on the bike/walking paths so it was really a peaceful quiet bike ride.
Veronica and I rode about 3 miles through neighborhoods that we never knew existed along with some really nice views of the bay and then we took a breakfast break at a boat launch area.
there was a small pier that was part of the boat launch, so Veronica and I walked to the end of the pier, parked our bikes and sat down for a breakfast of coffee and pistachio muffins.
After enjoying our breakfast we decided to head back to where the car was parked.
We ended up riding about 6 miles on our first bike ride.
I am sure that we will do this again as long as the weather and Veronica's work schedule allows us to.
Below are some photos of that we took during our breakfast break. They were taken from Veronica's IPod Touch so the picture quality is not that great. 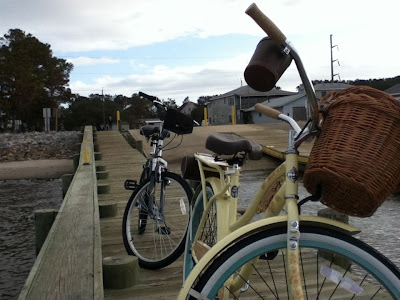 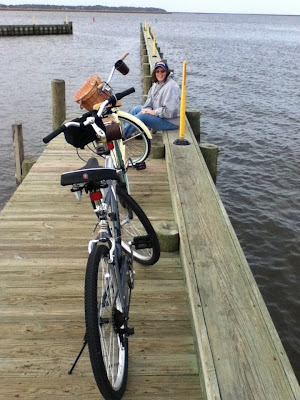 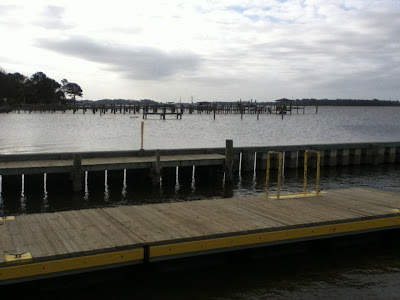 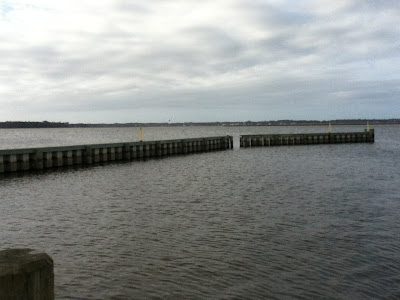 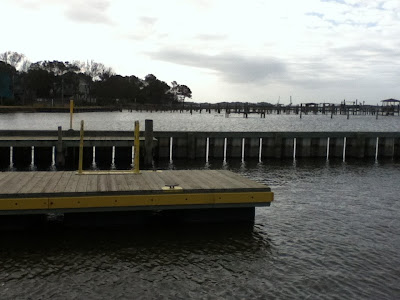 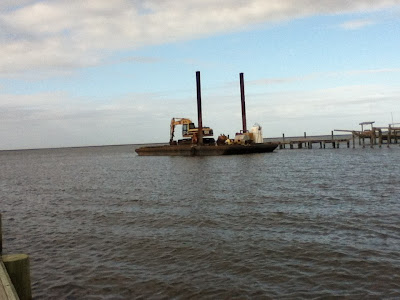 Posted by Rick Rosenshein at 12:00 PM 0 comments Links to this post