We Are Home From Our Most Recent Trip

Veronica and I got returned home on Friday from our most recent trip to Charlotte, NC.

On the way back home, we decided to stay the night at a Microtel in the Burlington, NC area. The reason for us doing this was so that we could do a little shopping at Tanger Outlet Mall that is in that area.
Prior to going to the hotel, we went to the local Hobby Lobby, which is similar to a Michaels only much bigger and more product offerings.
We then ate at the Outback Steak House. It was really late when we finally slowed down enough to eat and even later by the time we got to the hotel.
The hotel was not fancy by any stretch of the imagination but the way we figured it.....once your eyes are closed, you could be sleeping in a Ritz Carlton.
Below are some photos I took of the Microtel. I would like to point out that from the outside, this hotel looked fairly new. Unfortunately the inside wasn't quite like the outside appearance. 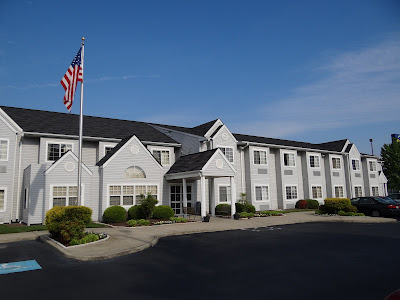 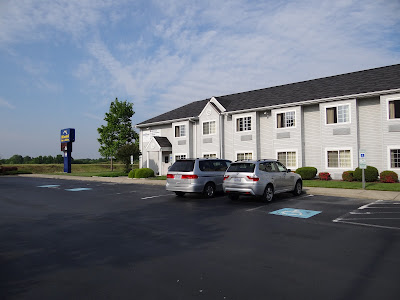 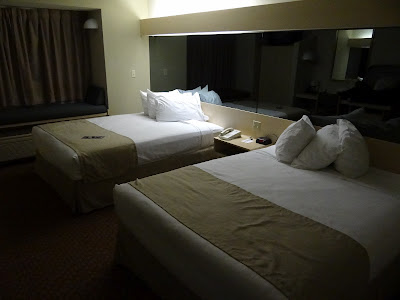 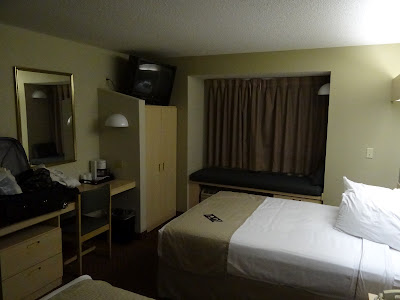 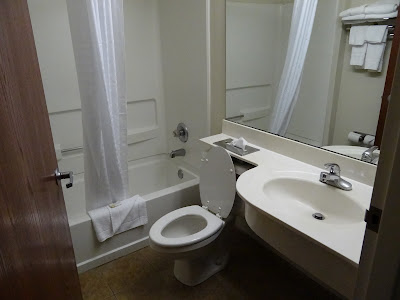 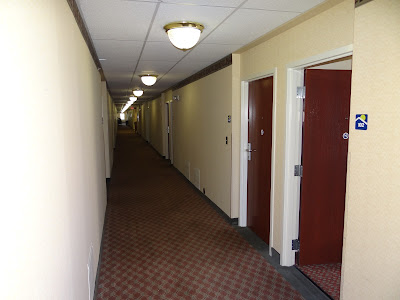 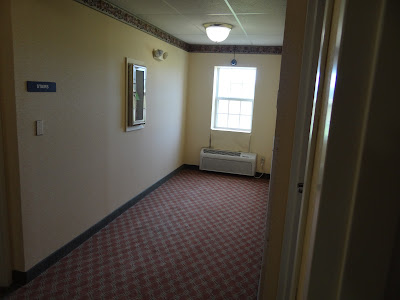 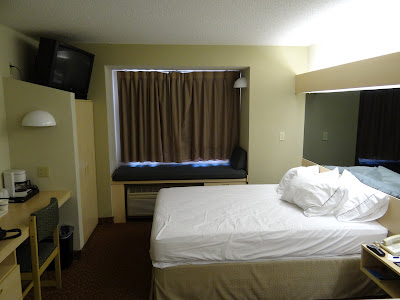 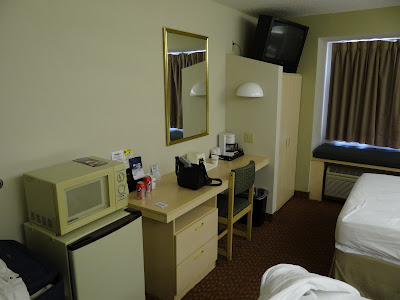 The next morning we got up and tried a restaurant that we had never tried before....Biscuitville.
As the name implies, this restaurant was about anything and everything related to breakfast biscuits.
They had every type of biscuit sandwich known to mankind. They also had biscuits and gravy and even something they called a cherry biscuit.
Veronica had the biscuits and gravy and I tried their turkey sausage, egg and cheese biscuit sandwich.
My sandwich was ok... but I say this in the context that I am not much into fast food biscuits. Give me homemade biscuits or even the biscuits that come out of those tubes from the grocery store.
Here are some photos of Biscuitville in Burlington, NC. 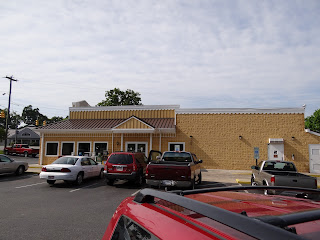 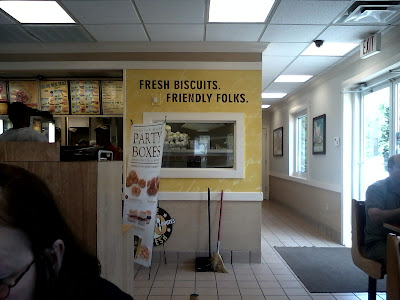 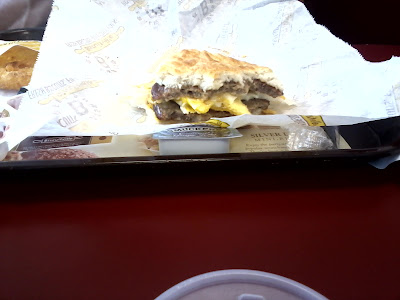 After breakfast we headed to the Tanger Outlet Mall. We ended up shopping for 3 hours or so. We each got some new clothes.
Since we still had about a 4 hour drive left to arrive at home we decided to hit the road.
The worst part about going away for a bit is returning home with about 3 times as much stuff as we left with and having to do wash, put everything away and going through the accumulated mail.
Another successful road trip under our belt. A special thank you to our house sitter. We appreciate your help while we are gone. Please put in your food request since we will be leaving again shortly.
We are heading out again early Monday morning for our flight to Boston.
The first 3 days, we will be staying at the very highly rated Boston Harbor Hotel. On Thursday we will be extending our Boston trip for a few more days. We will be changing our hotel to the Marriott Residence Inn Boston on Tudor Wharf.
Hopefully the weather will be nice so Veronica and I will be able to get some great photos of the Boston area.
We fly back into Norfolk on the 12th and head directly towards Herndon as soon as we leave the airport.
We will be in Herndon for a few days and then it is time to come home until our next adventure.

Posted by Rick Rosenshein at 6:04 PM 1 comments Links to this post